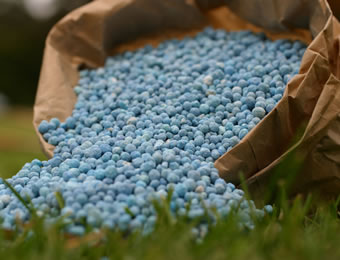 IN its effort to reduce the frequent circulation of fake and adulterated fertilizers in the markets, the Federal Government has put in place stiffer penalties for the suppliers of these unwholesome farm inputs.

Registrar, Nigerian Institute of Soil Science, Professor Victor Chude who revealed this on at the opening of the capacity building and training workshop for fertilizer Inspectors held in Mararaba, Nasarawa State, pointed that the stiffer sanctions have been provided for in the Nigeria Fertilizer Quality Control Bill 2017, before the National Assembly.

He said already the House of Representatives has passed the Bill, adding that the final reading and passage of the Bill would be done by the Senate on Tuesday this week.

While disclosing the provisions of the Bill, Professor Chude explained that the Bill has provided a five-year jail term for any supplier or distributor who engages in the sale of fake and adulterated fertilizer to short-change Nigerian farmers.

He noted that suppliers who engage in misbranding and underweight of the farm input would be fined about N20 million upon conviction by the court.

His words: “Application of fertilizer to the soil can be likened to the drug that is injected into the body.

“Fake fertilizer kills soil nutrients, because there are living organisms in the soil. A lot of damage has been done to the soil through the application of fake and adulterated fertilizers.

“When you suddenly hear that there is a strange disease in some quarters, you start to wonder what could be the cause. Some of these illnesses have been traced to the wrong use of fertilizers.

Nigerians in UAE, UK now to enrol for NIN ― NIMC

“So, there is the need to control the fertilizer sub-sector to ensure that fertilizers sold to famers are genuine.

“Currently, there is a Bill called Nigeria Fertilizer Quality Control Bill before the National Assembly. We are optimistic that the final reading will be done in the Senate by tomorrow.

“As soon as the Bill is passed into law, any offender caught will be sent to jail for five years without option of fine.

“If any supplier is caught rebranding the farm input, if convicted, he is liable to pay N20 million as fine.

“Fake fertilizer is capable of sending many people to their graves. What is the value of life? You can imagine.  It has to be taken seriously.

“This is part of the fight against corruption. We are waiting for the National Assembly to let go of the Bill so that we can start work in earnest.”

Also speaking, the Director, Farm Inputs Support Services Department in the Federal Ministry of Agriculture and Rural Development (FMARD), Engr. Jatto Ohiare Badams, explained that the workshop was designed to equip fertilizer inspectors with the tools and procedures for inspection, sampling and quality assessment of fertilizers.

Badams said it has been the age-long aspiration of the FMARD to ensure that Nigerian farmers have access to high quality inputs specifically fertilizers for their use in an efficient and cost effective manner to increase agricultural production, guarantee food security and enhance the quality of life of the rural farmers.

He expressed optimism that at the end of the two-day workshop that the fertilizer inspectors would acquire requisite skills and competences to perform optimally in their duties, in order to tackle challenges such as nutrient deficiencies, willful adulteration, fake, misbranded and underweight or short-weight bags of fertilizers.

He explained that under the present dispensation, the Federal Government has assumed the role of a facilitator of production/procurement, regulator of fertilizer quality as well as catalyst for active private sector participation in the fertilizer value chain.