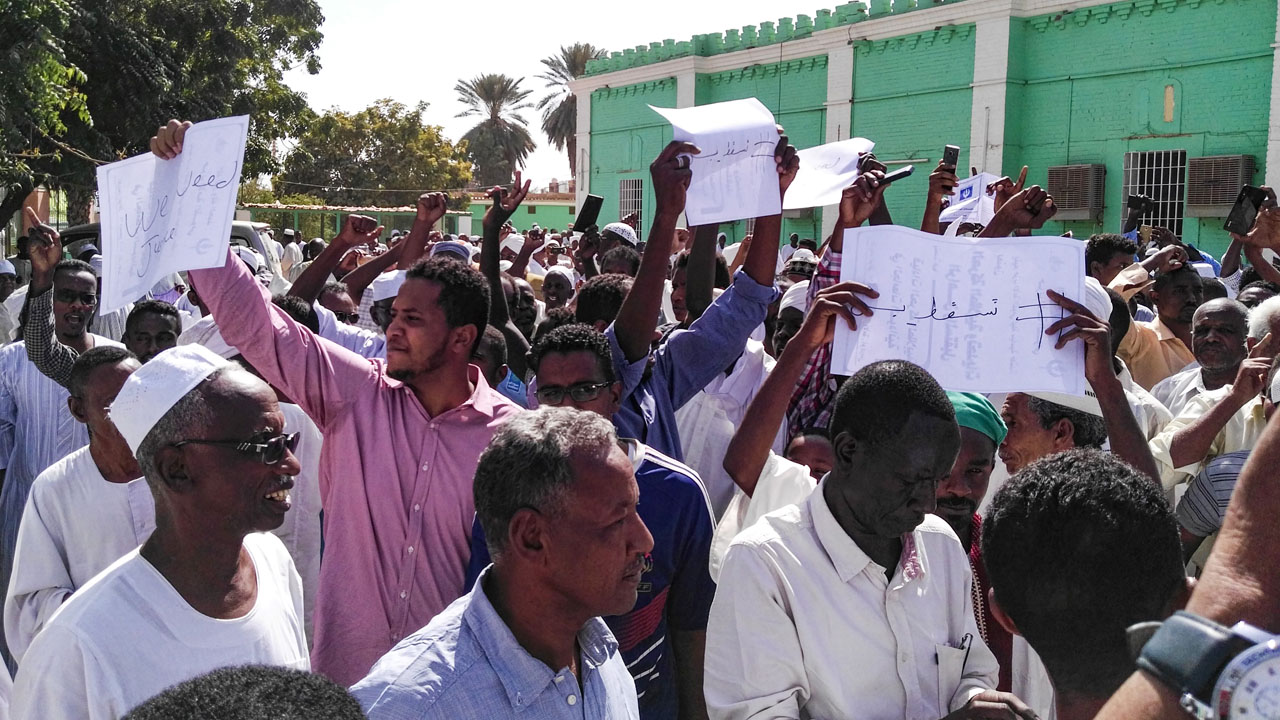 Sudanese protesters chant slogans and raise signs against President Omar al-Bashir during a demonstration in the capital Khartoum’s twin city of Omdurman on January 25, 2019. – Sudan’s main opposition leader Sadiq al-Mahdi called on January 25 for President Omar al-Bashir to step down, throwing his support behind anti-government demonstrators after weeks of deadly protest. (Photo by – / AFP)

“This regime has to go immediately,” Mahdi told hundreds of worshippers at a mosque in Omdurman, the twin city of the capital Khartoum, which has seen near daily anti-government protests.

Mahdi said that since the protests erupted on December 19, “more than 50 people have been killed” in violence during the demonstrations.

Officials say 30 people have died in the protests, while rights groups have put the death toll at more than 40.

“A period of transition will come soon… we are supporting this (protest) movement,” said Mahdi, leader of the opposition Umma Party whose government was toppled by Bashir in an Islamist-backed coup in 1989.

After nearly a year in exile, he returned to Sudan last month on the same day protests began.

Mahdi said Friday his party has signed a document with the Sudanese Professionals’ Association (SPA) that is leading the campaign against Bashir’s government.

“This is a document for change and freedom,” Mahdi said.

“Together we will hold peaceful demonstrations in Sudan and outside of Sudan,” he said as he condemned the violence and use of “live ammunition” against protesters.

His government was the last one to be democratically elected in Sudan, before it was toppled by Bashir.

Since then Mahdi’s Umma Party has acted as Sudan’s main opposition group and has regularly campaigned against the policies of Bashir’s government.

The ongoing protest movement however has been spearheaded by the SPA, an umbrella group of unions representing doctors, teachers and engineers.

Analysts say the movement has emerged as the biggest challenge yet to Bashir’s rule.