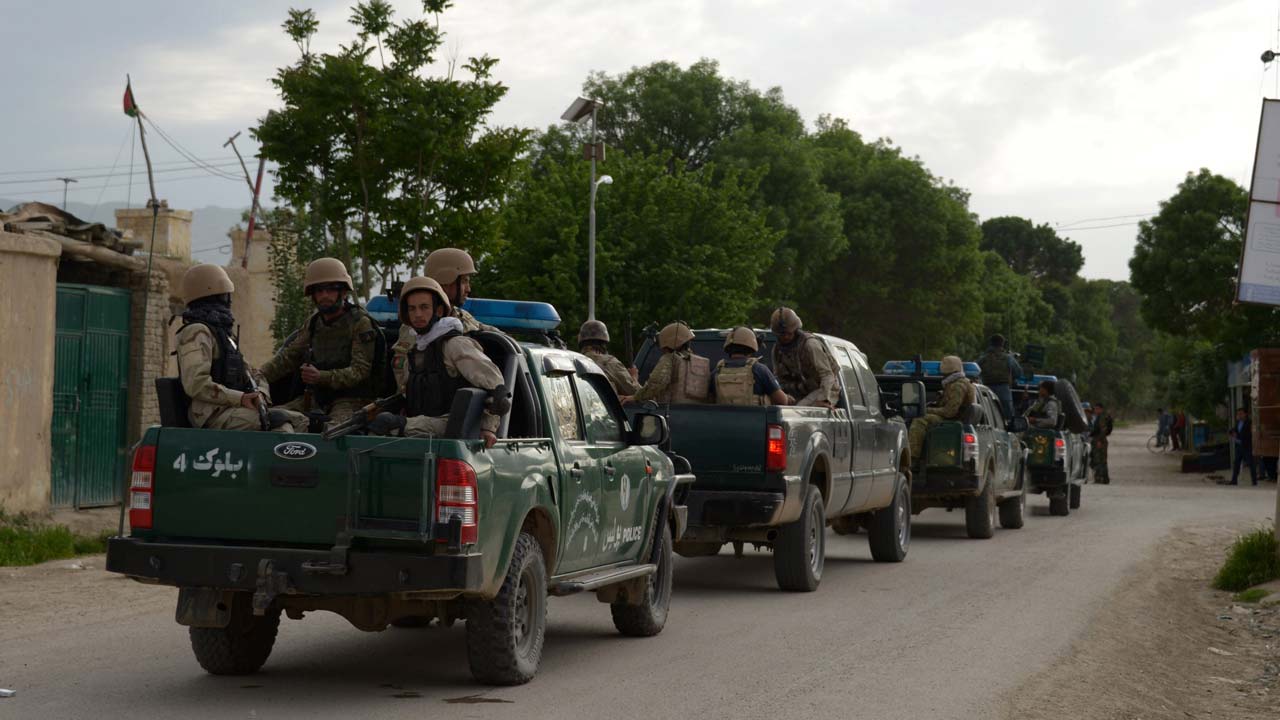 Afghan security personnel arrive at the site of an ongoing attack on an army compound in Dihdadi District of Balkh province on April 21, 2017. AFP.FARSHAD USYAN / AFP

Both Taliban and government forces claimed they were in control of the eastern Afghan city of Ghazni Saturday, after insurgents stormed the provincial capital, triggering fierce fighting.

Afghan officials said they were in control of Ghazni late Friday with authorities in Kabul saying security forces were conducting a clearance operation targeting Taliban fighters who had taken up positions in residential homes.

But information about who controlled the city was difficult to confirm with power and mobile services cut to the area after the Taliban destroyed a telecommunications tower, according to Ghazni MP Shah Gul Rezaye.

“The central government in Kabul said the situation in Ghazni was under their control, but we managed to contact officials in Ghazni who said that fighting was underway in areas surrounding Ghazni,” said the parliamentarian.

Rezaye said additional reinforcements had been rushed to Ghazni late Friday, after US forces deployed attack helicopters and launched at least one drone strike to push back the Taliban fighters.

The Taliban, however, claimed victory saying their fighters were now in control of Ghazni after routing Afghan forces.

“Last night, our mujahideen have completely conquered a battalion in Ghazni, seizing weapons and ammunition and four pickup trucks,” said Taliban spokesman Zabihullah Mujahid in a message to journalists Saturday.

“Our mujahideen are protecting the city of Ghazni.”

The insurgents frequently exaggerate their battlefield gains and downplay losses incurred during clashes.

Ghazni — less than two hours by road from Kabul — has been under increasing danger from massing Taliban fighters for months with reports suggesting insurgents had already infiltrated the city.

The attack, which began late Thursday, was the latest attempt by the Taliban to seize an urban centre and comes as pressure mounts on the insurgents to enter peace talks with the government to end the nearly 17-year-old war.