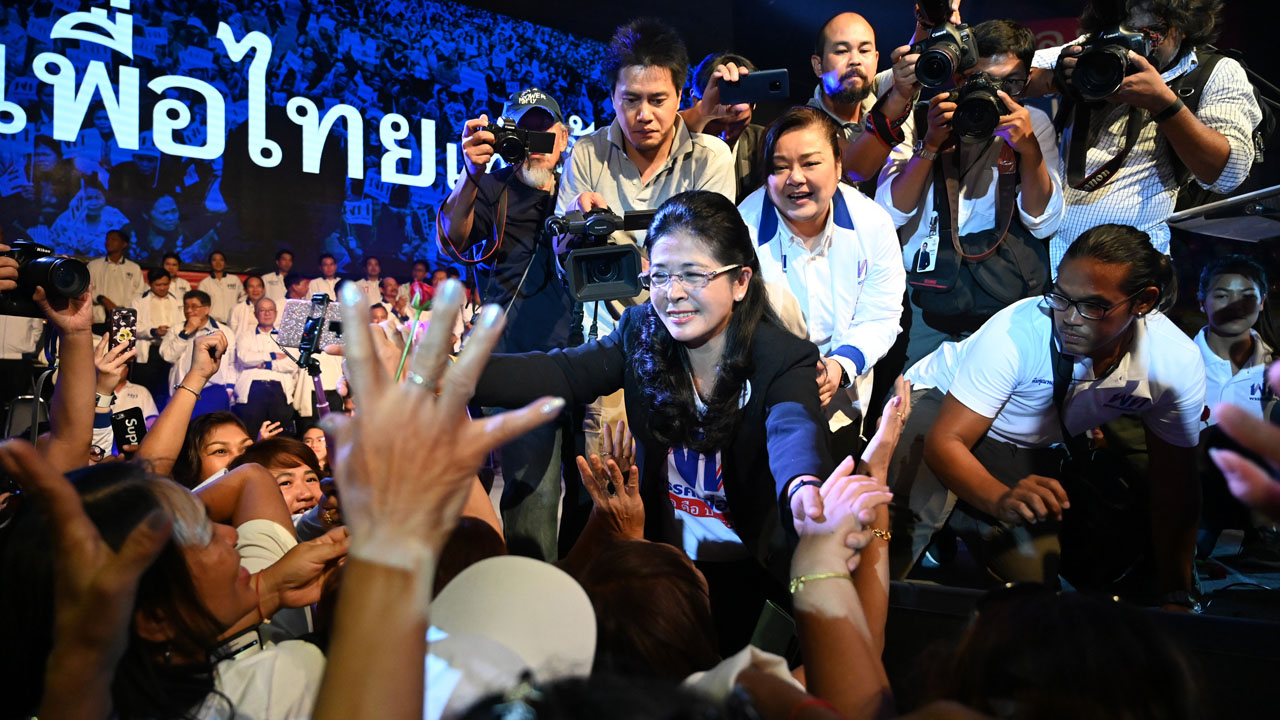 Confusion and complaints over preliminary results in Thailand’s election mounted on Monday after the first poll since a 2014 coup, with the junta primed to retain its grip on power despite only having a slight edge in the popular vote.

Election officials released the first unofficial preliminary results for seats in the lower house Monday as a blizzard of complaints over apparent mistakes in the count and possible irregularities at the polls rolled in.

Sunday’s election — seen as a referendum on the military — was held under new rules written by the junta to ease its transformation into a civilian government.

Despite that headstart, analysts had not expected the army-linked Phalang Pracharat party to win the popular vote, given anger at junta rule and the enduring popularity of Pheu Thai — the party of ex-premier Thaksin Shinawatra.

But preliminary figures showed Phalang Pracharat — with 2014 coup leader Prayut Chan-O-Cha as its candidate for prime minister — ahead in the popular vote.

It had racked up more than 7.6 million votes with more than 90 percent of ballots tallied, giving any government it tries to form a claim to legitimacy.

That is nearly half a million more votes than Pheu Thai, which nonetheless had earned 137 of the 350 available constituency seats in the lower house compared to Phalang Pracharat’s 97, according to preliminary figures released later Monday.

There are still 150 “party list” seats in the lower house up for grabs, which is where the popular vote will matter more.

But no matter how the numbers play out, coup leader Prayut’s party will benefit from a military-appointed 250-member Senate.

That means Pheu Thai would need to cobble together 376 votes in the lower house to override the Senate advantage, while the junta only needs 126.

As rivals scrambled to seize the momentum and persuade other parties to join forces in a coalition, Pheu Thai’s prime ministerial candidate Sudarat Keyuraphan said her party had won the “mandate from the people” to form a government.

She also pointed to “irregularities” and said her party was “gathering evidence about the election process”.

Pheu Thai will have to try and build a pro-democracy coalition, lassoing in Future Forward — a new upstart anti-junta party which has won the hearts of millennials, claimed over five million mainly youth votes and 30 lower house constituency seats.

Future Forward leader Thanathorn Juangroongruankit, whose party is key to any alliance, told reporters Monday that his “greatest concern” is the junta staying in power.

Nearly 1.9 million votes had been invalidated with 93 percent of votes tallied.

But the Election Commission defended itself against critics accusing it of bungling the process.

“Please wait.. this is Thailand, we are not like other countries who have an election one day and form a government the next,” said Jarungvith Phumma, EC secretary-general.

Thaksin, the self-exiled billionaire ex-cop turned-Thai premier, who is at the crux of Thailand’s political breakdown, reached out to shocked supporters in the pro-democracy camp.

“As long as we still have breath, we can not give up,” he said in a Facebook post on Monday.

Deep divides
The EC has said it will finalise the results by May 9.

But questions over the count have billowed out, with social media ablaze with allegations of vote buying, mass invalidation of ballots and bungling by polling staff across the country.

About 400,000 people signed a change.org petition to sack EC members, and more disputes are expected across the political spectrum.

A co-ordinator for Thailand-based election monitor We Watch said that voter education was insufficient.

A candidate in Songkhla province for the Democrat Party, which came in second in the last election in 2011 but was down in fifth this time, said they had evidence of votes bought.

General Prayut’s party appears set to get close to the 126 lower house seats it needs to secure a parliamentary majority, in combination with the appointed Upper House that it created when it was in power.

But the vote has again revealed Thailand’s old divisions between Thaksin supporters and arch-royalist, conservatives who look to the army for stability.

On the eve of the poll, Thailand’s King Maha Vajiralongkorn issued a cryptic statement urging people to support “good” leaders against those who create “chaos.”

Thailand’s monarchy is protected by harsh royal defamation laws and is nominally above politics.

But another royal command in February torpedoed the candidacy of the king’s elder sister Princess Ubolratana for prime minister via a party linked to Thaksin.

Thaksin was ousted in a 2006 coup, and has lived in self-exile since 2008. The administration of his sister Yingluck was also the victim of a 2014 power grab by the military.