You are here
Home > HEADLINES > Thank God I came out of the rubble alive, says survivor 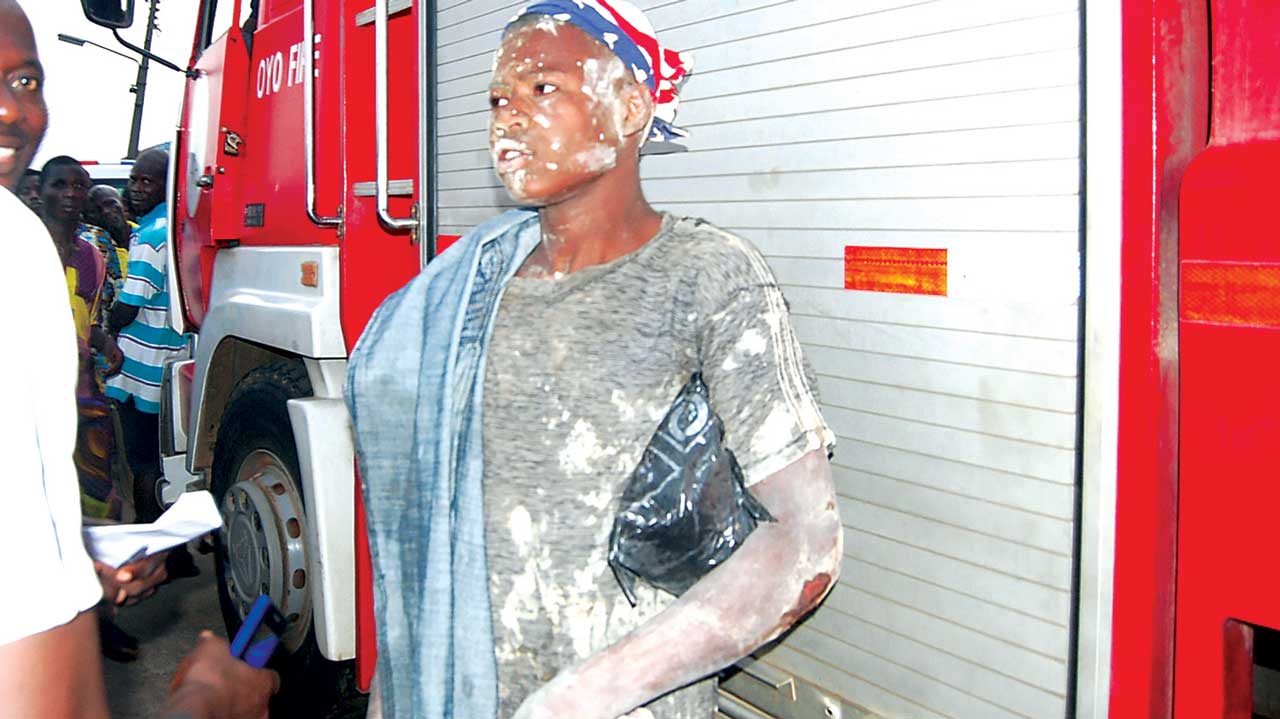 One of the survivors PHOTO: TIMOTHY ADEOGODIRAN/ICE/NAN

As Another Building Collapses In Ibadan
Barely three days after the collapse of three-storey building in Lagos, another three-story building under construction around Shogoye bus stop in Bode community of Ibadan, the Oyo State capital, came down crashing yesterday, with many people trapped under the rubble.

As at press time, rescue workers, comprising fire fighters, said no life was lost in the incident and five workers trapped in the wreckage had been rescued. But eyewitnesses said many were still under the rubble.

The building was said to have collapsed around 6pm while workers on site were rounding off for the day’s work.

One of the survivors, Toheeb Gbadamosi, 19, said: “Today is my first time of working at this place. I just came around in order to raise some money for my upkeep, because things were difficult. I thank God that I came out of the rubble alive.”

Others who were rescued from the wreckage include 42-year-old Olalekan Dauda, Tunde and Rilwan Oladepo.

Dauda said he was working with other artisans on the third floor when the building crumbled, adding that he just heard a sudden blast and later found himself and others in the building trapped in the rubble.

According to one of the rescuers, who gave his name as Aafa Mojeed Agbaje, whose two relatives, Tunde and Rilwan, were involved in the collapse: “I am worried because other people that I know are presently in the wreckage. Tunde sustained injuries on his face and limbs. We have taken him to Molete Hospital and he is recuperating.”

Crowd of sympathisers, comprising traders and residents of the area, besieged the scene, with the road blocked.

The incident led to traffic gridlock in the area, as motorists from Idi Arere and Oja Oba area of the city, as well as those from Molete end could not move freely.

“Another challenge is the time of the day; it will soon get dark, but that will not deter us from doing our best.”