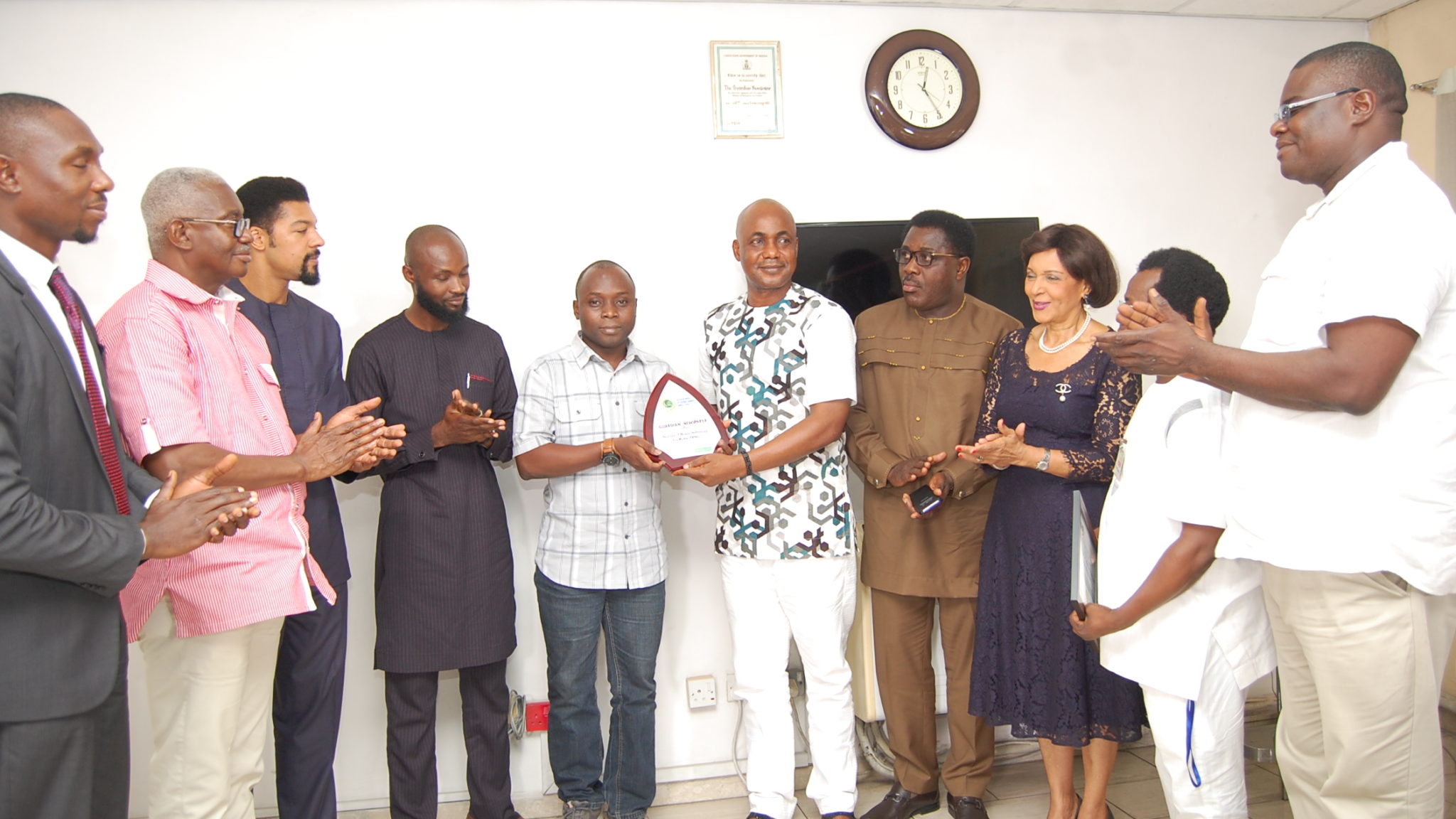 The Guardian bagged an award for the Best Use of Mobile Technology for Media (Print) at the 2018 Nigeria Mobile Economy Summit and Awards (NiMES) organised by the Centre for Cyber Awareness and Development (CECAD) with support from the Ministry of Information.

According to the President of Centre for Cyber Awareness and Development (CECAD), Dr Bayero Agabi, The Guardian has been able to leverage on emerging mobile technologies to replicate its credibility in the online space and enhance its credibility.

Dr Agabi, who presented the award on behalf of the Ministry of Information, said the trust, which The Guardian has on the offline is being reproduced on its online platform.

On the award, he said: “We look at the media that is innovative in accepting technological changes to drive media services. From our feedback, The Guardian was impressive. It is a pride to say that The Guardian deserves the award. It is also the most media robust partner with other platforms.

Publisher of The Guardian Newspapers, Mrs Maiden Alex Ibru, thanked the digital team and emphasised the newspaper’s commitment to remain in the lead position.

“It cost us a huge amount to set up the digital platform. We hope to continue to stay in the first position and maintain media relevance,” she added.

In his contribution, Editor-in-Chief, Debo Adeshina, said latest industry recognition was a testament to the fact that the newspaper prioritised publication of credible information on all its platforms.

“What matters now is the content we churn out. Whatever is put out by the Guardian is credible. We are glad we did not disappoint. We are responsible to feed the audience and had not failed in gatekeeping,” he added.

The Online Editor, The Guardian newspaper, Tonye Bakare, said the awards have shown that the Guardian Digital platform since three years of its inception had maintained the standards. He added that it calls for more work and promised that the team will not relent in its efforts.

He said, “For us, the award is an indication that we are doing something right. We hope to continue to do our best in serving our audience and justify the sort of investment the management has put into the digital platform.”