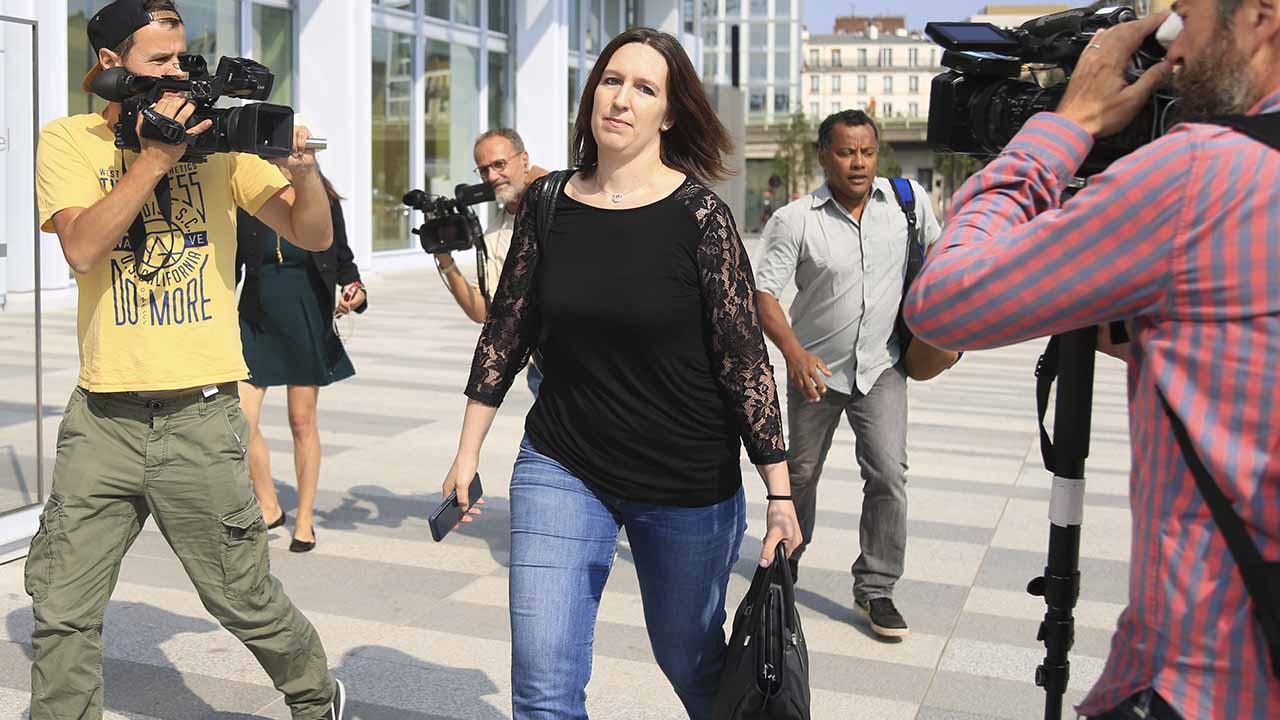 Audrey Gadot, lawyer of former Elysee top security aide Alexandre Benalla, arrives at the Palais de Justice courthouse of Paris on July 22, 2018, where Benalla as well as four other suspects will face a magistrate.<br />The most damaging scandal of Emmanuel Macron’s presidency deepened on July 21 as his interior minister faces a grilling over his response to a top security aide caught on video striking a young man at a Paris protest in May. Benalla, 26, was initially suspended without pay but on Friday Macron fired his former security aide, who was taken into custody suspected of unlawfully receiving police surveillance footage in a bid to clear his name. He is to face a magistrate on July 22, 2018, Paris prosecutors said. / AFP PHOTO / Zakaria ABDELKAFI

Here is a timeline of what has become the most damaging scandal for Emmanuel Macron since being elected to the French presidency last year, over a top security aide caught on video assaulting a young man and woman during a protest.

French daily Le Monde publishes a video taken by smartphone showing Alexandre Benalla, a senior security aide to Macron, manhandling and striking a protester while wearing a police helmet and visor during a May 1 demonstration.

Benalla, who is not a police officer, was only supposed to be accompanying the police as an observer.

Macron’s head of cabinet Patrick Strzoda says that the presidency was aware of the images and had already suspended Benalla without pay for two weeks in May.

– July 19: probe opened –
French prosecutors say they have opened a preliminary inquiry into possible charges of violence by a public official, of impersonating a policeman and the illegal use of police insignia.

Macron brushes off journalists’ questions about the scandal during a visit to southern France, even as opposition parties paralyse proceedings in the National Assembly by holding crisis meetings and demanding explanations.

A second video published by Le Monde shows Benalla violently wrestling a young woman to the ground during the scuffles with police.

– July 20: detained, fired –
Benalla is taken into custody. Macron’s office says he is to be fired after “new elements” emerged in the case, namely that he is suspected of unlawfully receiving police surveillance footage in a bid to prove his innocence.

Three high-ranking police officers are also suspended on suspicion of providing the footage to Benalla.

Vincent Crase, a security aide for Macron’s Republic on the Move party and an associate of Benalla’s who also intervened during the May protest, is also taken into custody.

– July 21: raid, hearing set –
The detentions of Benalla and Crase are extended by 24 hours and Benalla’s home in a suburb southwest of Paris is searched.

The police officers accused of supplying the surveillance footage are also taken into custody.

The man and woman shown in the videos are expected to be questioned at a later date.

The lower house of parliament announces that its Law Commission will publicly grill Interior Minister Gerard Collomb from 10 am (0800 GMT) on Monday, after media reports suggested he knew about Benalla’s assault but kept quiet.

– July 22: parliament blocked –
Benalla, Crase and the three police officers are to be put before an investigating judge with a view to their possible indictment.

At the National Assembly the opposition continues to block debates and the government decides to suspend examination of a constitutional reform bill.