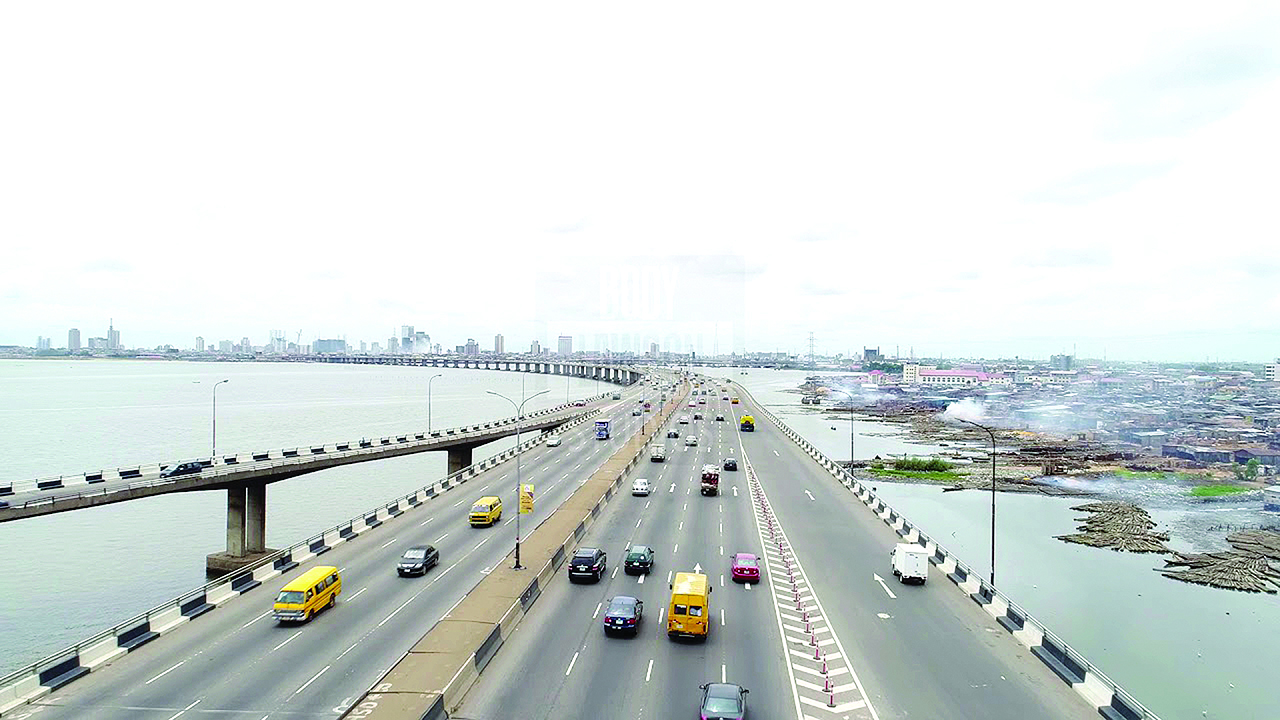 In exactly 12 days from today, the Third Mainland Bridge, Lagos State would be shut for vehicular and human traffic to enable the Federal Government carry out Investigative Maintenance Test (IMT) on the facility.

The exercise, which was earlier billed to last from July 27 to 30, will now take place from August 24 to 26.

In explaining the rationale behind the shift in date of closure, the Minister of Power, Works and Housing, Mr. Babatunde Fashola, said the postponement, which was after consultations with the Lagos State government and other relevant stakeholders was done “in order to give succour and relief to the people of Lagos State and other inter-state road users and support the efforts of the state government.”

The Federal Executive Council last May approved a total of N99.01 billion for repair and maintenance of roads and bridges nationwide with the Third Mainland expected to gulp about N18.874b.

Built by Julius Berger Nigeria Plc and opened by former President Ibrahim Babangida in 1990, the bridge is about 11.8km in length and the longest of three bridges consisting the Eko Bridge and Carter Bridge, all of which connect Lagos Island to the mainland.

Before the bridge was constructed, traffic used to be very chaotic compared to the present scenario.

Barely four years ago, when Fashola was governor of the state, the Third Mainland Bridge was closed for about 12-weeks to enable the execution of mild repair works following claims of joint vibrations.

But considering the difficult times that residents of the state and those passing through are exposed to each time the facility is shut, as well as, the impending 27-week closure, experts are of the view that a thorough job must be done this time around so that the benefits would be long lasting and the structural integrity of the facility preserved.

According to the former president of the Nigerian Institution of Structural Engineers (NIStructE), Kunle Adebajo, since there has been re-occurring problems with joints on the bridge, there is the need for extensive investigation of the facility considering its important role as a nexus between the Island and the mainland.

“Joints are very important to the facility because they are where different parts of the structures are joined.

And when you have problems like that, you would need replacement of joints.

However, we need to do extensive investigation so that we don’t rush to wrong conclusions because the bridge, like all other structures need routine maintenance,” he said.

Adebajo assured that as long as regular maintenance involving qualified personnel/experts are carried out, there is no need for the populace to question the stress capacity or the integrity of the facility, just as he called for serious attention to be paid to the very poor state of infrastructure in the country.

“With the glaring lack of infrastructure in the country, even if the population stays at one point, things would continue to get worse.

As a nation, we have to invest a lot more than we are doing on infrastructure because the nation has a very large infrastructural gap.

We can’t just remain stationery. Whether it is through Public Private Partnership (PPP) arrangement or any other arrangement, but we must reduce the existing infrastructure gap as quickly as possible.”

He added that, as is the practice in other climes, there is need to ensure that all procedures are in place before the closure of the bridge in order to ease the sufferings of the bridge users, even as he wants authorities to ensure that the period of closure does not go beyond the stipulated period.

However, as a person, I think the best thing would have been for us to have another bridge as an alternative to this one.”

On his part, Dr. Bamidele Dahunsi, a structural engineer regrets that for a longtime, the bridge was left uncared for only for “some cosmetic repairs” to be carried out while the quality of the structure was has gone down considerably.

According to him, “At a point, the joints became so bad and even after the joint materials were changed, the situation did not improve because they didn’t get it done effectively.

Since the bridge is on water, there are possibilities that most of its sub-water elements must have been attacked by the marine environment.

“So, I think there is need to also assess what the situation under the water is since we have been working above the water.

Looking at the pavement, vibrations are noticed when driving on it, especially at the point where there are joints.

For me, the degree of vibration tells me that there may be something wrong under the water, and under water repairs requires a lot of expertise, which only hard-core professionals can undertake, while using some specialised equipment to determine the integrity of the bridge.”

While stating that the consistent repair on the bridge shows that there is more that Nigerians need to know regarding the integrity of the bridge, he stressed that past repairs works ought to have been through.

“I hoped that this time around, it would be thoroughly done so that we won’t waste money all over.

The result of the forthcoming investigation, I believe would tell us the stress capacity and guide us on the methodology to use, whether to do a total close down of the bridge, partial or adopt a segmented approach,” he said.

“The initial work could start from Oworonshoki/Adekunle Section so that people could come in and go from the Adekunle axis.

After sometime, they could open the section that has been repaired and then move to Adekunle/Adeniji Section.

What it means is that if that is the method that they have settled for, then alternative routes would be created …,” he said.

He advised the government to find a way to link Apapa to Marina so that the Third Mainland Bridge would not be overstretched, adding that it was time for the dream of a Fourth Mainland Bridge to be actualised.

For Dr. Festus Adeyemi Olutoge, a senior lecturer in Department of Civil Engineering at the University of Ibadan, the proposed closure has shown that the country is waking up to the culture of regular maintenance of infrastructure.

He said, “We shouldn’t wait until something is wrong with bridges or any structural work before we carry out maintenance works on them.

Once a structure is commissioned for use, it will start to retrogress and we need regular checks to ensure that they last long.