You are here
Home > Auchi > Three dead as robbers, police clash in Lagos 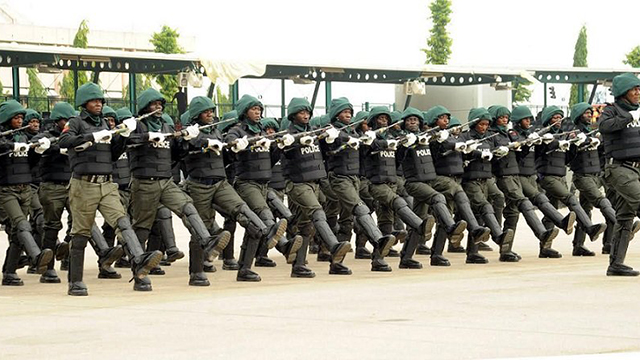 Notorious robbery kingpin, Chinozo Felix, a.k.a. Power and his assistant, Ifeanyi Uche, on Tuesday night met their waterloo in the hands of the police. They were shot dead during a robbery operation at the Ojo area of Lagos State. Two of their gang members were also arrested, though unfortunately, the robbers had shot dead a victim and injured another during their clash with the police.

It was gathered that suspected armed robbers in four commercial motorcycles had stormed Alhaji Gafaru street, Imude road and attempted to rob the residents. The police immediately deployed the anti-robbery squad and Metro Patrol Teams to the scene.

The Lagos Police Public Relations Officer (PPRO), DSP Bala Elkana, said: “On sighting the police, the robbers opened fire but the police fired back and they were subdued. Two suspects, Ibrahim and Obi, were picked while Chinozo Felix and Ifeanyi Uche were fatally injured.”

In another development, operatives of the Lagos task force have arrested seven suspected cult members and their leader. Chairman of the agency, CSP Olayinka Egbeyemi, disclosed that during the enforcement operation around Mile 12, Sergeant Damilola Adeojo was attacked with cutlasses and broken bottles. He said the injured policeman was rushed to the Lagos State University Teaching Hospital (LASUTH) where he is being treated.

Meanwhile, a barber whose identity could not be ascertained has been killed by three gunmen suspected to be cult members. Several persons have been killed in different parts of Bénin City in an on-going cult war. The barber was shot dead in front of his shop at Idumwunowina area along the Benin-Lagos road in Ovia North East Local Government Area of the state.

Witnesses said he opened his shop at about 8:00a.m. yesterday when the gunmen stormed his shop and opened fire on him. The broom he wanted to use to sweep his shop was in his hand. The deceased, it was gathered, had recently got a petty trader loan to start the business.

Also, in Auchi, headquarters of Estako West local government area, a 23-year old National Diploma student of the Department of Accounting at the Federal Polytechnic, Auchi, Emmanuel Aronokhale, was shot dead at about 8:00p.m. on Tuesday night at his residence in Second Bawak, Sabo. He was said to be relaxing in front of the house when the gunmen ordered everyone into their various rooms and robbed them of their money and mobile phones.

Emmanuel was shot at close range in the process and he died on the spot. Public Relations Officer of the institution, Musa Oshiobugie, said he was yet to be briefed about the incident.