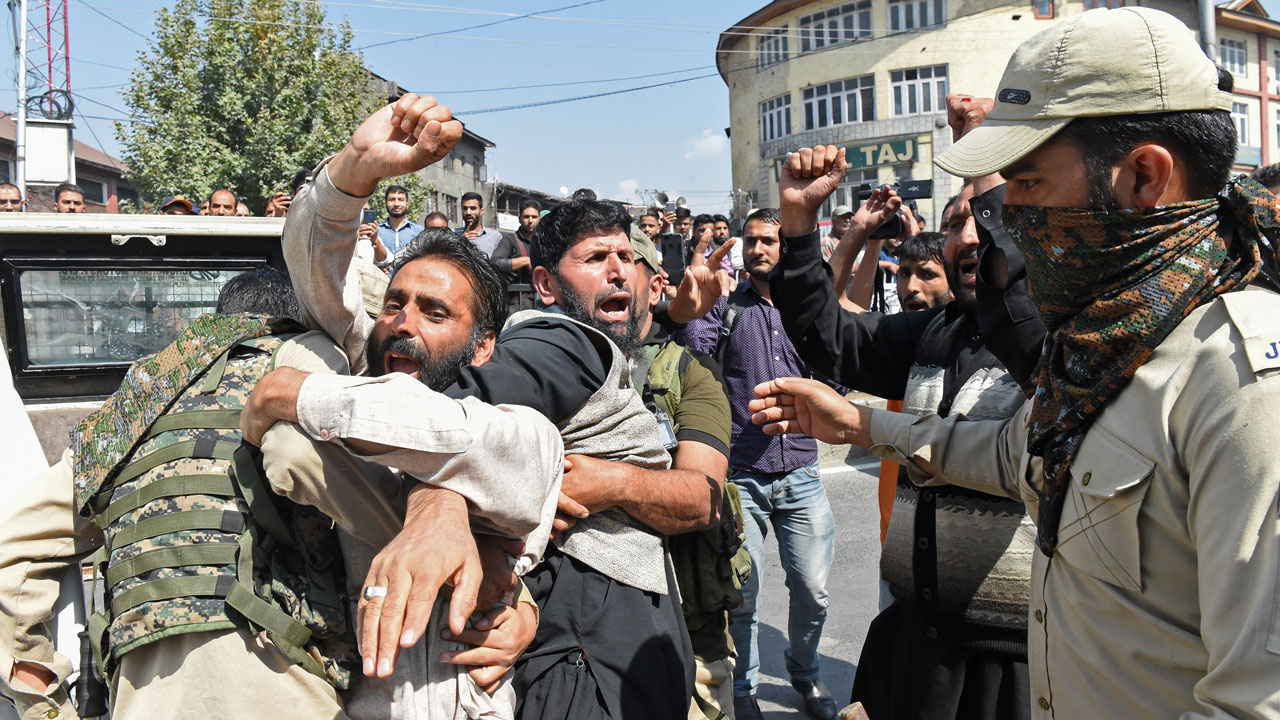 The bodies of three policemen abducted by militants were recovered in Indian-administered Kashmir on Friday, police said, as tensions mount ahead of local civic polls.

Police officers, many of them local Muslims, have been increasingly targeted in recent months in the territory rocked for decades by violence.The increased focus on policemen seems to be in response to what appear to be new police tactics of detaining the family members of prominent militants.

Kashmir has been divided since the end of British colonial rule in 1947 but both India and Pakistan claim the former Himalayan kingdom in full. India has about 500,000 soldiers in the zone it controls, where separatist groups demand independence or a merger with Pakistan.

The latest incident saw groups of armed militants raiding the homes of at least 11 policemen in the twin villages of Kapran and Batgund in southern Kashmir valley.

They abducted three Special Police Officers (SPOs), as well as the brother of a police constable, police and witnesses said.

“Three bullet-riddled bodies of the SPOs were found lying in the fields,” a police officer told AFP, speaking on condition of anonymity.

The brother of the constable was released unharmed.

The SPOs are the lowest-rank police officers who are often deployed for counter-insurgency duties. Police authorities recently advised officers not to visit their homes without security and not for more than two hours at a stretch.

All of them were released the next day without harm, but a commander of the Hizbul Mujahideen (HM) militant group warned of “an eye for an eye” next time if government forces did not stop harassing families of militants.

On Wednesday an audio statement surfaced on social media in which HM commander Riyaz Naikoo was heard demanding the SPOs quit or face death.

Tensions in the region have been rising since India’s Supreme Court began hearing a case challenging Article 35A of the Indian constitution this year — a provision which bars Indians from outside the disputed territory buying land there.

Civic polls slated for October and November have added to the tension, with two of the main pro-India political parties saying they would boycott the vote.

HM is the largest of the local militant groups fighting the Indian military in the disputed region, demanding independence or a merger of the territory with Pakistan.The fighting has left tens of thousands of people dead, mostly civilians.