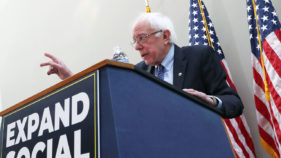 Bernie Sanders announces he is running for US president 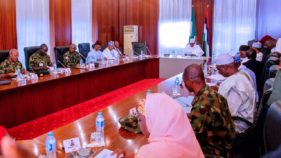 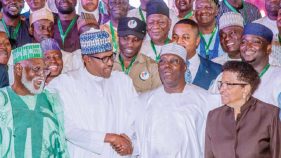 Sokoto State Police Command has explained that ballot papers that were discovered in a vehicle were meant for voter education purposes and not thumb-printed for voting as speculated in the public.

However, spokesman of the police command, Muhammad Sadiq, who spoke at a joint press conference with the Independent National Electoral Commission (INEC), Sokoto, said the materials were specimen by the PDP to enlighten its voters.

“On Sunday the 17th of February, a team of patrolmen led by OC Crack Squad ASP Ibrahim Abaras arrested and brought to the state CID one Shehu Maidamma with sample thumb-printed balloted paper belonging to the PDP, on interrogation it was found out that the ballot papers were only specimen and not real ballot papers,” Sadiq said.

“In doing so, the police found out that these are for the purpose of enlightenment, they are simply specimen and all parties can have a specimen of ballot papers in order to enlighten the public and these are considered acts of last-minute campaigns.”

Sadiq said the specimen was impounded in the command while the said politician was still under their custody for further investigation.

He dismissed allegations that the police was working in favour of a particular political party in the state.

The spokesman of INEC in Sokoto, Muhammad Musa, said political parties are permitted to produce ballot paper specimens for the purposes of educating voters.