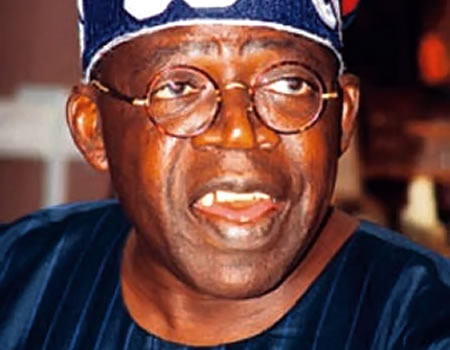 Obasa said this while rejoicing with Tinubu on his 67th birthday celebration and paying tribute to his leadership qualities.

“Asiwaju is the greatest politician of this generation. His leadership qualities and ability to discover and nurture talents for the greater good of the public is uncommon and unrivalled among his peers,” the speaker said.

According to Obasa, in a statement released on Thursday by his Chief Press Secretary (CPS), Mr Musbau Rasak, “But for the special discovery talent of Asiwaju, great administrators like the Vice President, Professor Yemi Osinbajo; former Osun State governor, Ogbeni Rauf Aregbesola; former Lagos governor, Mr Babatunde Raji Fashola, SAN; Minister of Information and Culture, Alhaji Lai Mohammed; Governor Akinwunmi Ambode; Messrs Wale Edun, Yemi Cardozo and Dele Alake, among others would not have had the opportunity to show Nigerians and the world at large, the stuff they are made of.”

ALSO READ: Herbalist in police net over death of 45 year-old woman in Kwara

Beside, Obasa equally praised the pioneering efforts of Asiwaju Tinubu for the creation of modern Lagos which he said had become the role model for others to emulate in the country, describing as the architect of modern Lagos, who laid the solid foundation on which successful governments continued to build on and making the state the best among its peers in the country and the continent.

“He’s the architect of modern Lagos, laying the solid foundation on which successful governments continue to build on making the state the best among its peers in the country and the continent,” the Lagos speaker said.

According to him, Tinubu deserves all the accolades, best wishes and praises showered on him because he has always stood for good governance anchored on equity and fairness nurtured by justice and strict adherence to the Rule of Law.

“On behalf of my colleagues at the Lagos State House of Assembly, I rejoice with our Leader, the great Jagaban of Africa on this glorious birthday celebration. I wish you many happy returns sir,” he said.