You are here
Home > America > Tributes to John McCain, ‘American patriot and hero’ 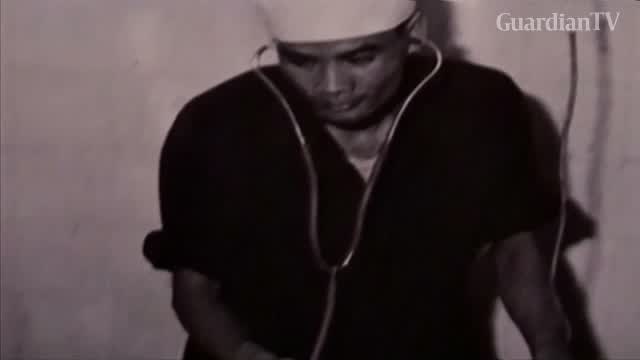 Tributes continued to pour in Sunday for John McCain, the former US presidential candidate, veteran senator and war hero who has died at age 81.

Here is a selection of key quotes from home and abroad:

“My deepest sympathies and respect go out to the family of Senator John McCain. Our hearts and prayers are with you!”

“We shared, for all our differences, a fidelity to something higher — the ideals for which generations of Americans and immigrants alike have fought, marched and sacrificed.”

“Senator John McCain believed that every citizen has a responsibility to make something of the freedoms given by our Constitution, and from his heroic service in the Navy to his 35 years in Congress, he lived by his creed every day.”

“Some lives are so vivid, it is difficult to imagine them ended.

Some voices are so vibrant, it is hard to think of them stilled.

John McCain was a man of deep conviction and a patriot of the highest order.”

“Few sacrificed more for, or contributed more to, the welfare of his fellow citizens — and indeed freedom-loving peoples around the world.”

“Americans will forever be grateful for his heroic military service and his steadfast integrity as a member of the United States Senate.”

“Senator John McCain was an American patriot and hero whose sacrifices for his country, and lifetime of public service, were an inspiration to millions.”

“Senator McCain was one of the great political figures of our time and a tireless fighter for a strong transatlantic alliance; his importance stretches far beyond his own country.”

“John McCain was a true American hero. He devoted his entire life to his country. His voice will be missed. Our respectful thoughts go to his beloved ones.”

“John McCain was a great statesman, who embodied the idea of service over self. It was an honor to call him a friend of the UK. My deepest sympathies go to his family, and the American people.”

“I will always treasure the constant friendship he showed to the people of Israel and to me personally.”

“John McCain – soldier and senator, American and Atlanticist. He will be remembered both in Europe and North America for his courage and character, and as a strong supporter of NATO. My thoughts are with his family and loved ones.”

– Friends, colleagues and family –
Senator Lindsey Graham — who along with McCain and former senator Joe Lieberman formed a trio dubbed the “Three Amigos”:

“America and Freedom have lost one of her greatest champions. ….And I’ve lost one of my dearest friends and mentor. I will need some time to absorb this, but I want Cindy —and the entire McCain family — to know they are in my prayers.”

“America has lost one of the greatest patriots and public servants in our history. And I have lost a dear friend.”

“Sen. John McCain was a maverick and a fighter, never afraid to stand for his beliefs.”

“John McCain was an American original — guts, grit, and ultimately grace personified. All of us were blessed by the example he shared with us of a life in service to country….To John I wish the peace he deserves with fair winds and following seas, my friend.”

“John and I both ended our final call a few weeks ago by telling each other, ‘I love you,’ and that was how we felt about one another. There will never be another John McCain.”

“He was a great fire who burned bright, and we lived in his light and warmth. We know that his flame lives on in each of us.”

“My heart is broken. I am so lucky to have lived the adventure of loving this incredible man for 38 years.

He passed the way he lived, on his own terms, surrounded by the people he loved, in the place he loved best.”