You are here
Home > News > Troost-Ekong: We learnt a lot from Polish friendly

William Troost-Ekong said the Super Eagles have learnt a lot from the friendly against Poland and as  preparations continue for the game against Serbia on Tuesday, the central defender believes the team will be stronger and better organized. 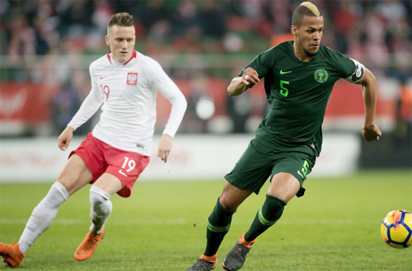 Troost Ekong who captained the Eagles in the absence of John Obi Mikel hailed the performances of goalkeeper Francis Uzoho as promising.

“We learnt a lot from the game and it will help on areas we need to improve on.

“It’s promising that we could organise the team and stopped them from scoring against us despite all the chances they created.

“ We did well despite having a lot of young players in the team and not having our captain John Mikel Obi with us.

Victor Moses’ strike from the penalty spot made the difference as Gernot Rohr’s side continued their World Cup preparations on a positive note.

The post Troost-Ekong: We learnt a lot from Polish friendly appeared first on Vanguard News.