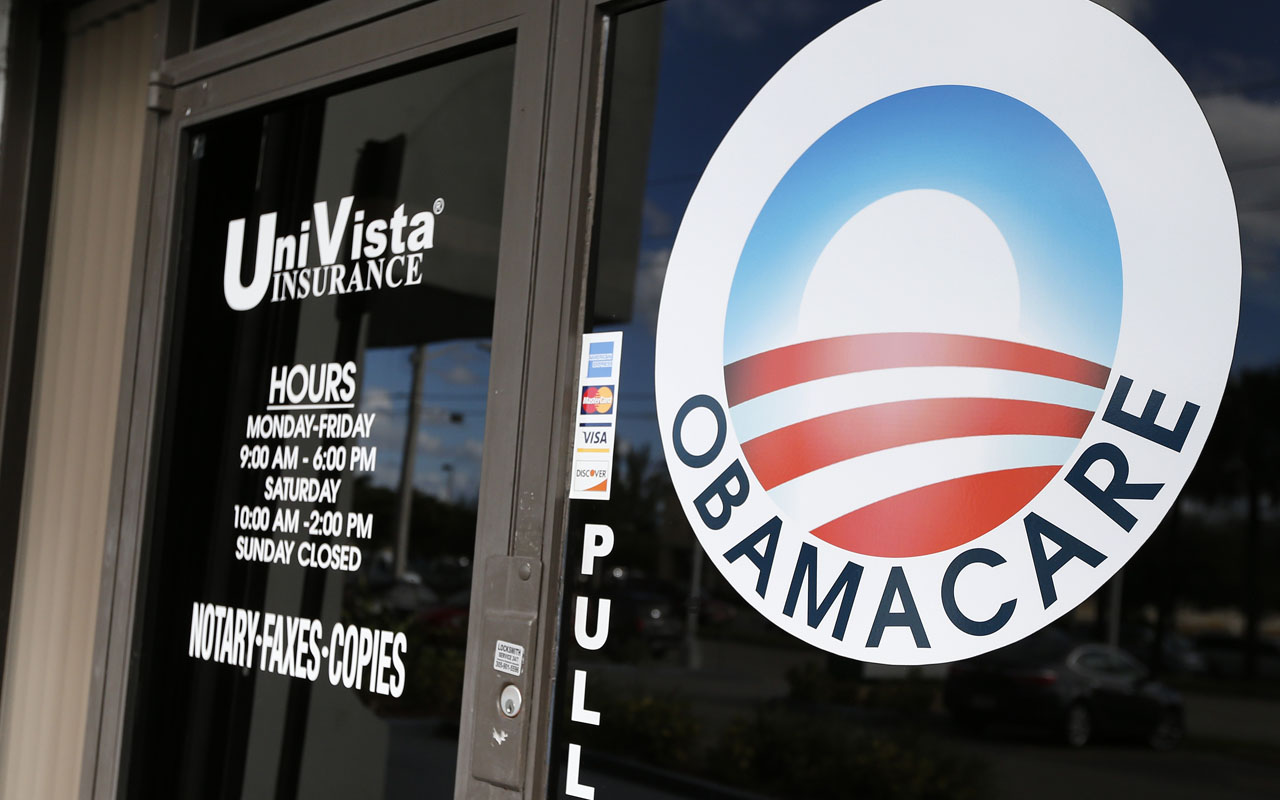 An Obamacare logo is shown on the door of the UniVista Insurance agency in Miami, Florida on January 10, 2017.<br />As President-elect Donald Trump’s administration prepares to take over Washington, they have made it clear that overturning and replacing the Affordable Care Act is a priority. / AFP PHOTO / RHONA WISE

The administration of US President Donald Trump has escalated its battle against Obamacare by fully siding with a court ruling that found the health care law unconstitutional.

Texas-based Judge Reed O’Connor issued his ruling in December following a lawsuit brought by conservative states, but later ordered a stay while an appeal lodged by Democratic attorneys general was being heard.

Trump’s Department of Justice (DOJ) had previously taken the position that it would not defend the law’s protections for people with pre-existing conditions, though other parts could stay.

But on Monday night the DOJ issued a letter saying its stance had now changed and it agreed with O’Connor’s ruling in its entirety.

Republicans on the other hand dismiss it as governmental overreach and President Donald Trump made repealing the law a key part of his campaign platform.

O’Connor’s December ruling determined the program was unconstitutional because Congress, in its 2017 tax overhaul, eliminated a penalty for anyone lacking health insurance who failed to sign up for the program.

A separate court case in 2012 was over whether such a penalty was legal — but now that it is gone, O’Connor said, the whole ACA should be stricken down because that provision is “the keystone” of the program.

Democrats reacted with anger to the administration’s latest move.

“Tonight in federal court, the Trump Administration decided not only to try to destroy protections for Americans living with pre-existing conditions, but to declare all-out war on the health care of the American people,” said House Speaker Nancy Pelosi.

“Democrats will continue to fight relentlessly to protect people with pre-existing conditions and to deliver lower health costs and prescription drug prices for every American,” she added.

In the 2012 case, five of the nine Supreme Court justices upheld the law. All five remain on the court.

Still, it remains unclear how they might rule in the new case. If the decision is upheld, it could significantly disrupt the US health care system.