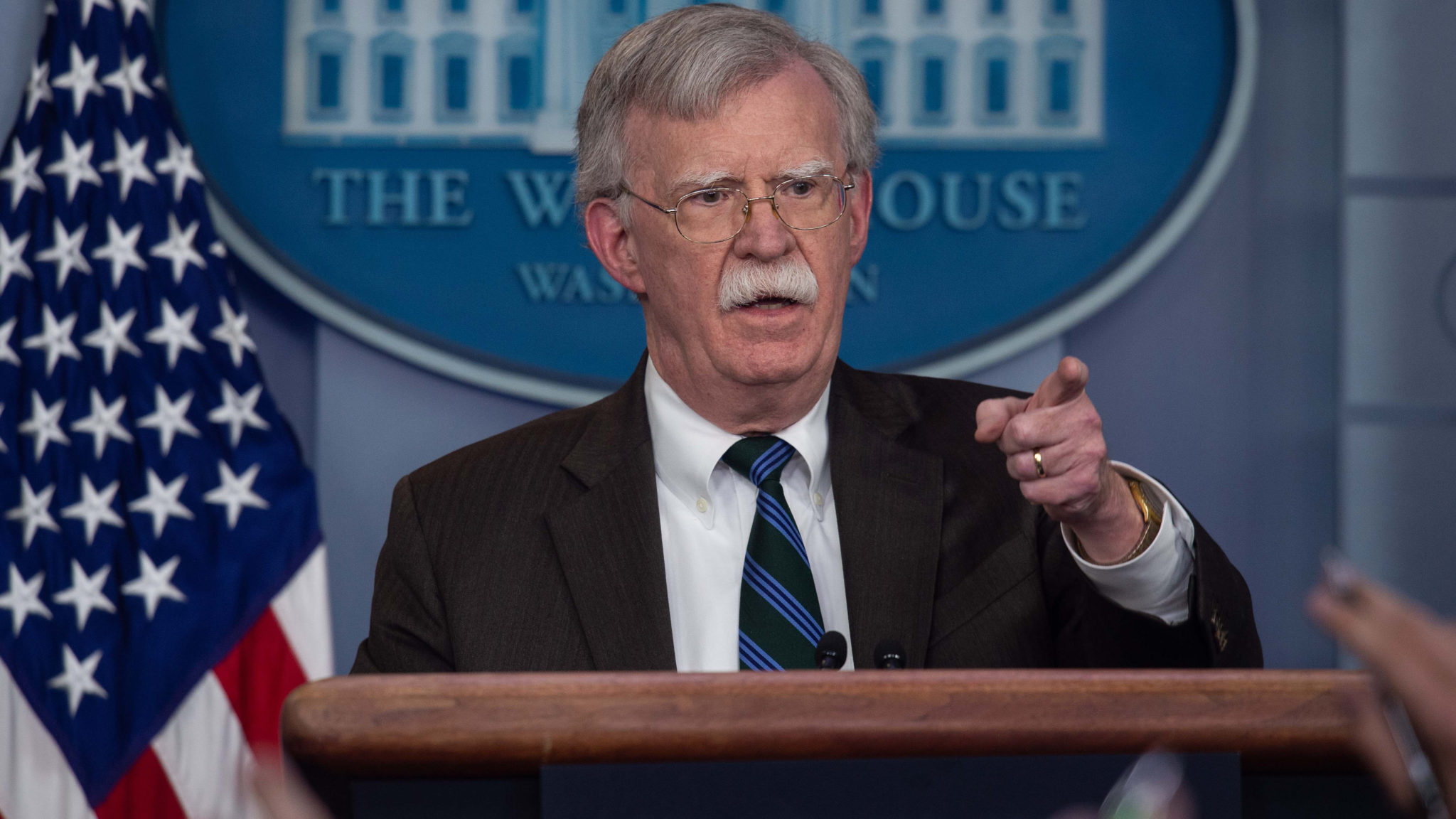 (FILES) In this file photo taken on November 27, 2018, US National Security Advisor John Bolton speaks at a press briefing at the White House in Washington, DC. – US national security advisor John Bolton said Friday, December 28, 2018 he would visit Turkey and Israel to coordinate on Syria, after President Donald Trump’s decision to withdraw all US forces. Bolton said he would head in January to both Turkey — which has enthusiastically backed Trump’s sudden move — as well as Israel, a close US ally where the pullout has caused concern. (Photo by NICHOLAS KAMM / AFP)

US President Donald Trump’s national security adviser said Sunday that conditions such as guarantees on the safety of Kurdish allies must be met before American troops are withdrawn from Syria, NBC News said.

John Bolton told journalists travelling with him on a trip to Israel that the United States wanted a guarantee from Turkey that Kurds in Syria would be protected, the US news outlet said.

Trump’s announcement on December 19 that the US would immediately withdraw its troops from Syria led to concerns among allies, and he has since spoken of “slowly” sending troops home “over a period of time”.

“There are objectives that we want to accomplish that condition the withdrawal,” said Bolton, who travels to Turkey after Israel, according to NBC.

“Timetables or the timing of the withdrawal occurs as a result of the fulfilment of the conditions and the establishment of the circumstances that we want to see. And once that’s done, then you talk about a timetable.”

Kurdish-led forces control a large swathe of Syria’s north and northeast, some of it seized from the Islamic State group.

Despite backing from the US-led coalition and success in pushing back IS, Kurdish-led forces have at times incurred heavy losses.

A US withdrawal could leave them exposed to an attack by neighbouring Turkey and its Syrian proxies.

The Kurds have invited Damascus to send troops into some of the territory it controls, to act as a bulwark against pro-Turkish forces.

Bolton also said Sunday all 2,000 US forces may not be withdrawn.

He said the withdrawal would take place in northern Syria, while some forces could remain to the south at the al-Tanf garrison as part of efforts to counter Iran’s presence.

Israeli Prime Minister Benjamin Netanyahu, who is due to meet Bolton later Sunday, has pledged to continue to act against Iran — the Jewish state’s main enemy — in Syria.

Israel has carried out hundreds of air strikes in Syria against what it says are Iranian military targets and deliveries of advanced weapons to Hezbollah, a Shiite Lebanese militia backed by Tehran.

Both Hezbollah and Iran back President Bashar al-Assad’s regime.

At a meeting on Tuesday in Brazil, US Secretary of State Mike Pompeo told the Israeli premier that the Syria pullout would not affect US support and protection of Israel.

“Our position is clear,” Netanyahu said on Sunday.

“We continue at this time to act against the Iranian military buildup in Syria, and we are acting against anyone who undermines or tries to undermine Israel’s security.”