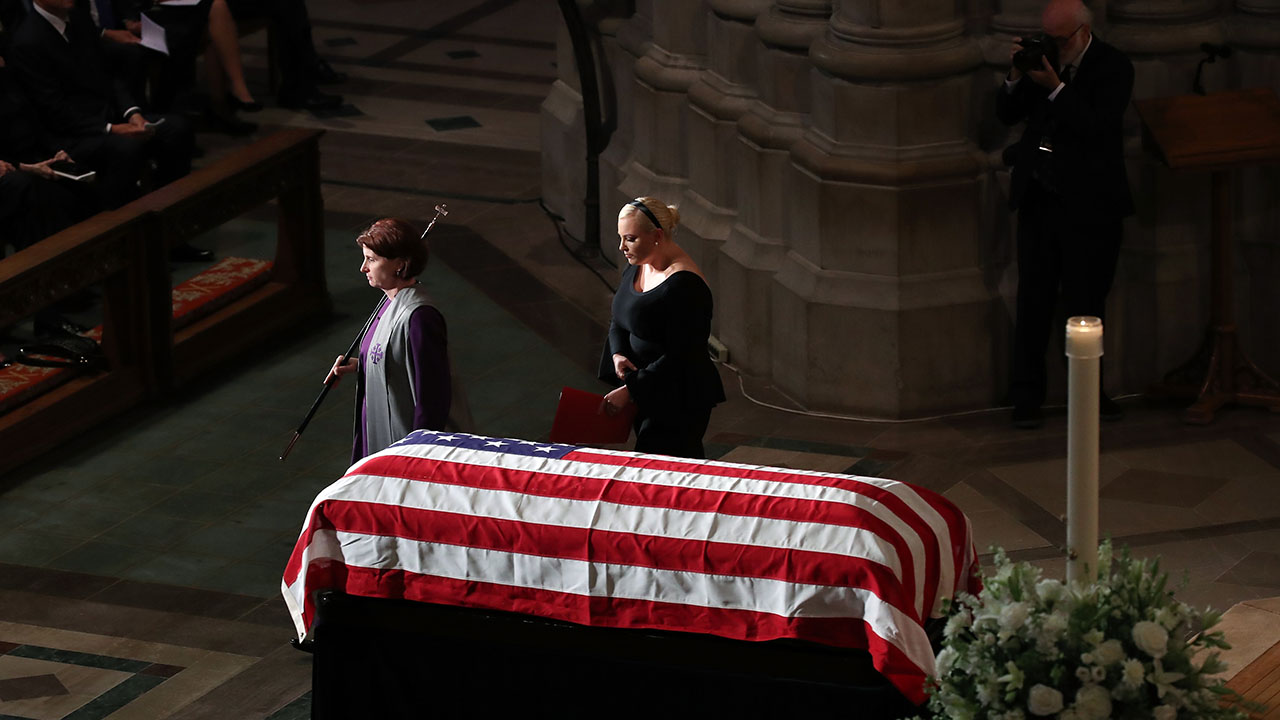 WASHINGTON, DC – SEPTEMBER 1: Meghan McCain leaves the podium after speaking during the funeral service for U.S. Sen. John McCain at the National Cathedral on September 1, 2018 in Washington, DC. The late senator died August 25 at the age of 81 after a long battle with brain cancer. McCain will be buried at his final resting place at the U.S. Naval Academy. Mark Wilson/Getty Images/AFP

The president’s motorcade arrived at Trump National Golf Club in Loudoun County, Virginia around 11:16am (1516 GMT) while eulogies to McCain were being delivered at his funeral at Washington’s National Cathedral.

As one of his final wishes, McCain had asked that Trump not attend.