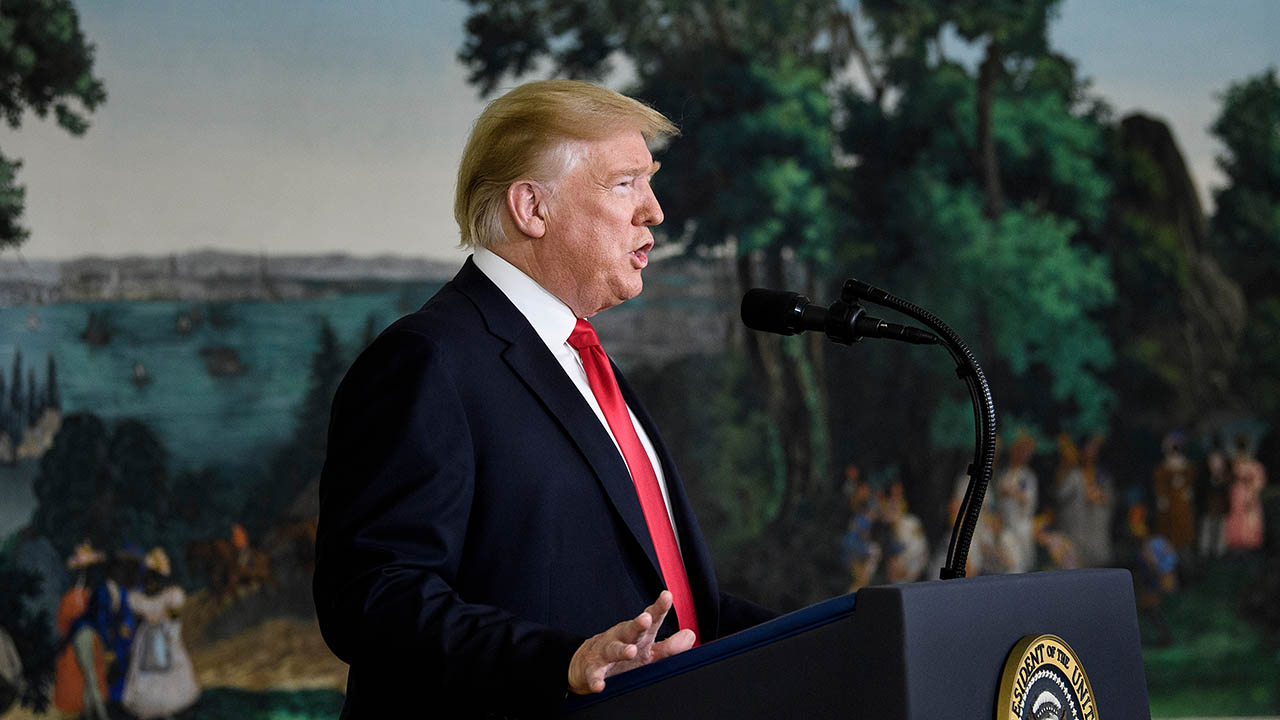 US President Donald Trump makes a statement about immigration and the border wall from the diplomatic reception room of the White House January 19, 2019 in Washington, DC. (Photo by Brendan Smialowski / AFP)

US President Donald Trump bitterly attacked top Democrat Nancy Pelosi on Sunday after she rejected a deal on immigration and the Mexico border wall that would end a 30-day-old government shutdown.

Pelosi, speaker of the House of Representatives, on Saturday called Trump’s offer of temporary protections for about a million immigrants in return for $5.7 billion to fund the wall a “non-starter.”

“Nancy Pelosi has behaved so irrationally & has gone so far to the left that she has now officially become a Radical Democrat,” Trump tweeted. “She is so petrified of the ‘lefties’ in her party that she has lost control.”

“…And by the way, clean up the streets in San Francisco, they are disgusting!” he added, in a seemingly gratuitous aside. Pelosi is from San Francisco.

The offer also was assailed by prominent anti-immigrant voices, which denounced it as tantamount to amnesty.

“No, Amnesty is not a part of my offer. It is a 3 year extension of DACA,” Trump said in another tweet, referring to former president Barack Obama’s program to shield undocumented immigrants who entered the country as children.

Besides the 700,000 immigrants already enrolled in the so-called DACA or “Dreamers” program, Trump’s proposal would also extend to another 300,000 people who had been protected from deportation under another program.

He said that while there would be “no big push” to remove the 11 million people in the country illegally, he warned: ‘but be careful, Nancy!”

Vice President Mike Pence, who has been leading the administration’s contacts with members of Congress, said a bill with the president’s proposal would be introduced in the Republican-controlled Senate as early as Tuesday.