You are here
Home > Barack Obama > Trump lashes out as Democrats open probes into his taxes, Russia ties 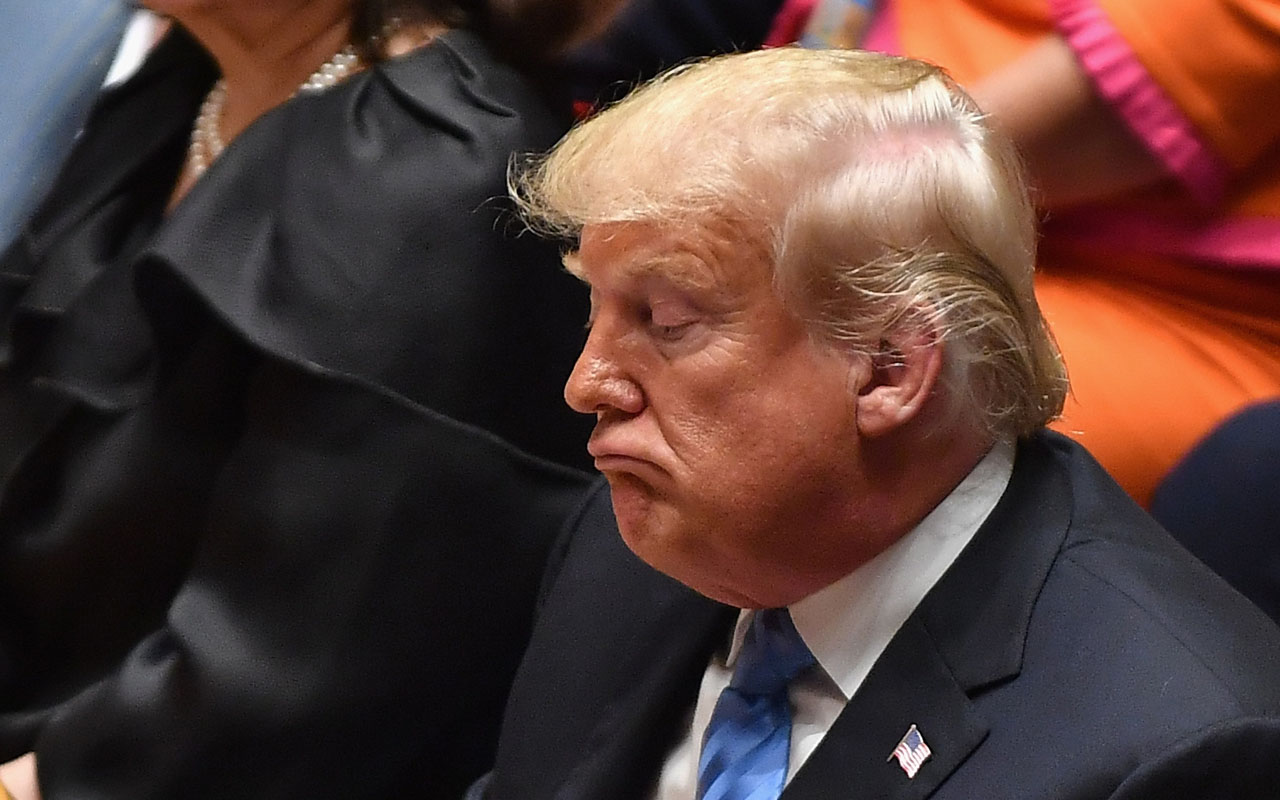 Newly empowered House Democrats kicked off a barrage of investigations into President Donald Trump’s taxes, real estate business and Russia ties Thursday, raising the pressure on the White House after two years of insulation by a Republican majority.

Trump lashed out about “presidential harassment” as one House committee opened a hearing into forcing the release of his long-hidden tax returns, and another began questioning his controversial policy to separate immigrant children from their parents at the US-Mexico border.

“The Dems and their committees are going ‘nuts,’” Trump tweeted.

“The Republicans never did this to President Obama, there would be no time left to run government,” he said.

Both sides were girding for tough legal clashes pitting congressional powers against those of the presidency.

House Judiciary Chairman Jerrold Nadler threatened Trump’s acting attorney general, Matthew Whitaker, with a subpoena if he did not turn over records of his communications with the White House in reference to Special Counsel Robert Mueller’s ongoing investigation into Russian election meddling.

And Adam Schiff, the chairman of the House Intelligence Committee, laid out a plan to begin probing Trump’s business ties to Russia, citing fears of money laundering and of “foreign financial or other leverage over President Trump.”

Schiff’s committee is planning to hear testimony from the president’s former personal lawyer, Michael Cohen, who has already divulged to investigators inside information about the operations of the president’s real estate business, the Trump Organization and Trump’s 2016 election campaign.

“So now Congressman Adam Schiff announces, after having found zero Russian Collusion, that he is going to be looking at every aspect of my life, both financial and personal, even though there is no reason to be doing so. Never happened before!” Trump tweeted.

Probes heighten impeachment threat
House Democrats have a long list of Trump-focused issues to probe after being stifled for two years by majority Republicans.

Winning control of the House in November allows them to open an investigative assault on the White House in the same way that — contrary to Trump’s claim — Republicans laid siege to former president Barack Obama.

A shortlist of topics include conflicts of interest and mismanagement by cabinet members; Trump’s benefits from family business while in the White House; and security lapses by Trump and his White House staff.

“We will not surrender our constitutional responsibility of oversight,” House Speaker Nancy Pelosi said Thursday.

The House probes would add to the legal and political burden facing the president from Mueller’s probe, and a parallel Justice Department investigation in New York into various activities of the campaign and Trump Organization.

Altogether, the probes elevate the chance that Trump could face impeachment if serious wrongdoing is found.

Thursday’s House Ways and Means hearing into Trump’s taxes would break what he declared in 2017 as a red line — that investigations should not touch his business and finances.

Unlike previous presidents, Trump has refused to release his tax records. His lawyers claim they have been under review by the Internal Revenue Service since 2002.

A 2016 New York Times analysis based on limited information concluded that Trump may have paid minimal or even no taxes each year since 1995.

Democratic Representative Bill Pascrell called on the committee to tap its seldom-used power to obtain and review Trump’s tax returns.

“If a president is cheating the system, or evading taxes, or otherwise violating the tax laws of our country, why should any citizen feel compelled to comply? No one is above the law,” he said.

“When we have cause for concerns over conflicts of interest or tax violations, we have every reason to use the authority given to this committee.”

The committee wants to know “whether any foreign actor has sought to compromise or holds leverage, financial or otherwise, over Donald Trump, his family, his business, or his associates,” Schiff said in a statement Wednesday.

“Congress has a duty to expose foreign interference, hold Russia to account, ensure that US officials -– including the President -– are serving the national interest and, if not, are held accountable,” he said.