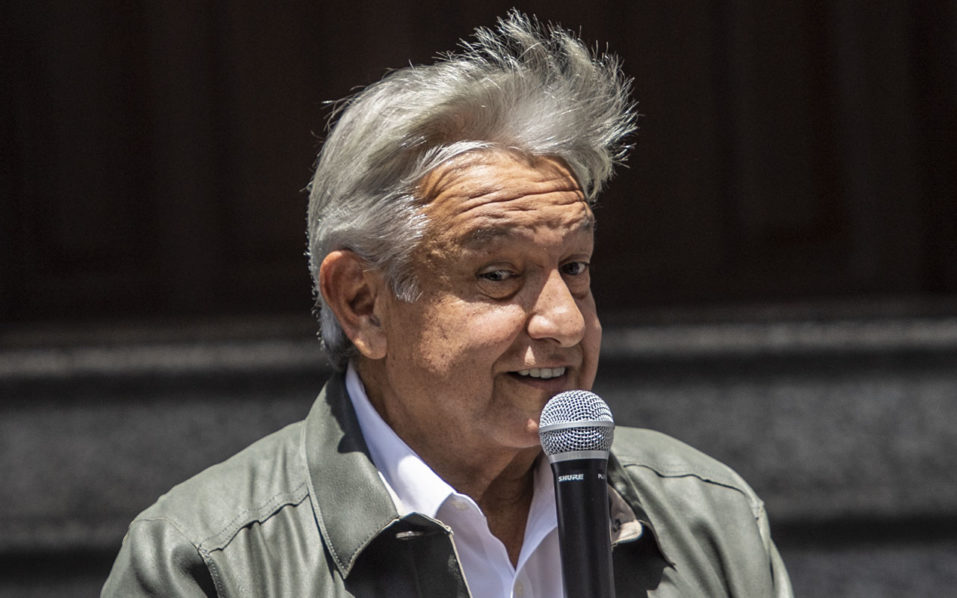 “I believe a successful renegotiation of the North American Free Trade Agreement will lead to even more jobs and higher wages for hard-working American and Mexican workers — but only if it can go quickly, because otherwise I must go a much different route,” Trump wrote in the letter.

“It would not be my preference, but would be far more profitable for the United States and its taxpayers.”

NAFTA talks are due to resume Thursday in Washington between Canada, Mexico and the United States, and Mexico City has said a deal could be struck by the end of August.

Incoming Lopez Obrador officials will observe the negotiations. The talks, which began 11 months ago, have been bogged down by several points of contention, including US demands for tighter auto manufacturing rules.

On Wednesday, Lopez Obrador will meet with Canadian Foreign Minister Chrystia Freeland in his transition offices.

Trump’s letter, which was sent in English and in Spanish, was seen by AFP and read to the press by incoming foreign minister Marcelo Ebrard with American approval.

It was a response to a letter Lopez Obrador sent to Trump via a delegation of senior US officials that visited him in Mexico City on July 13.

In his own missive, the incoming president said Mexico wants ties founded on “respect, friendship and focused on development cooperation,” and said that the more Mexico gets developed, the fewer people will have to leave the country in search of work.

He also spoke of a “new relationship” with the US.

No mention of wall
“I agree with the four priorities you have identified: trade, migration, development and security,” Trump said in his text.

“My team has worked hard over the past 18 months to increase cooperation with Mexico in these areas. I have directed them to redouble those efforts with your incoming team.”

US-Mexican relations have been severely soured since Trump won the 2016 presidential election after a campaign laced with anti-Mexican insults, attacks on NAFTA and vows to make Mexico pay for a wall on their border.

But the border wall was not discussed in the letters, or with the senior US officials, said Ebrard after reading the letter from Trump.

“America welcomes legal immigrants from around the world, but we cannot accept illegal immigration,” the letter read.

“Like you, I believe that meeting the challenge of illegal immigration involves more than just strong border security.”

US tariffs on Mexican steel and aluminum, Trump’s “zero-tolerance” policy on undocumented immigrants, and President Enrique Pena Nieto’s two abrupt cancellations of visits to Washington have added to the tension.

Lopez Obrador, 64, pledged during the campaign to “put (Trump) in his place.”

But both men say they had a positive phone call the day after Mexico’s July 1 election, and Lopez Obrador has invited Trump to his inauguration.