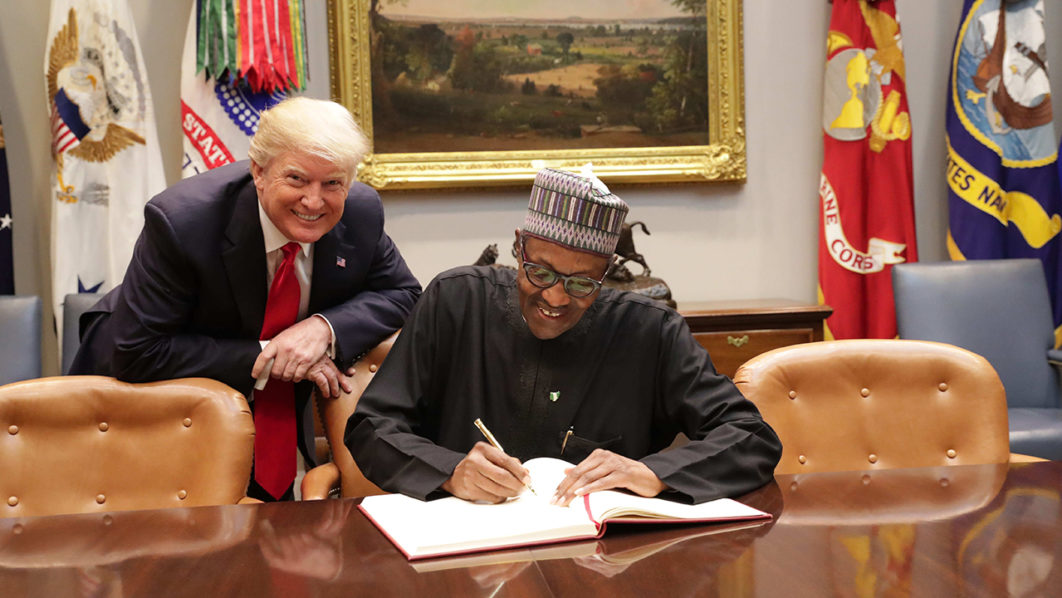 The United States president Donald Trump referred to his Nigerian counterpart Muhammadu Buhari as “lifeless” shortly after a meeting between the two leaders on April 30, Financial Times said on Monday.

Buhari, the first sub-Saharan Africa president to meet Trump since he was sworn in January 2017 as the 45th American president, was in the US for bilateral talks on Trump’s invitation.

That meeting ended with Trump saying he never wanted to meet someone as lifeless as Buhari again, Financial Times reported citing three persons familiar with the matter.

American and Nigerian governments have not reacted to the publication published on the same day Kenya’s Uhuru Kenyatta will be at the White House.

This new narrative is a contrast to what Trump said of Buhari at a joint press briefing held after their bilateral talks.

Trump said he had in implicit belief in the Nigerian president to rein in the “massive corruption” in the country and commended his efforts at doing that.

“Nigeria has a reputation for very massive corruption. I also know that the President has been able to cut that down very substantially,” Trump said.

However, Trump has a history of gaffes when it comes to Africa.

Prior to the April meeting between the two leaders, Trump had come under fire for allegedly referring to some African countries as ‘shithole’ at a private White House meeting on January 12. But he denied making the comment and labelled his accusers as fake news peddlers.

While addressing African leaders at the United Nations on September 20, 2017, Trump he referred to Nambia as Nambia twice.

Last week, South Africa accused him of fuelling racial tension in the country after he tweeted that there was a “large-scale killing of farmers” in the country.

His tweet came after a Fox News show about South Africa’s plan to change the constitution to speed up the process of taking lands from current owners without compensation to redress racial imbalances in land ownership.