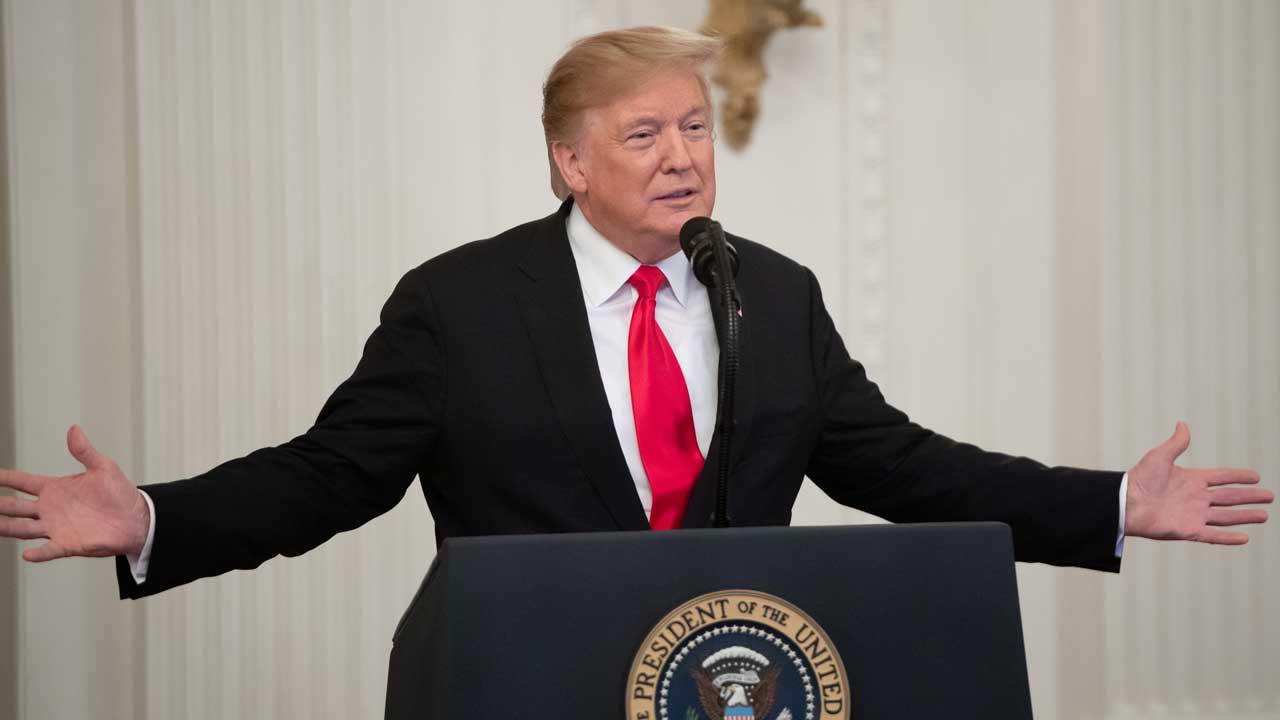 President Donald Trump on Wednesday declared that the dramatic probe into links between his election campaign and Russia amounted to “treason.”

Speaking on Fox News, Trump said the probe, which culminated in clearing him of allegations that he colluded with Moscow, a “very dark period” and he appeared to threaten those he blames for the report with punishment.

“We can never allow this treasonous — these treasonous acts to happen to another president. This was an attempted takeover of our government, of our country, an illegal takeover,” he told long-favored Fox interviewer Sean Hannity.

Although Trump didn’t say how he intended to make sure that a probe was not carried out in similar circumstances again, he stressed that if Republicans had investigated a Democratic president in the same way, heavy penalties would follow.

“You’d have 100 people in jail right now and it would be treason. It would be considered treason and they would be in jail for the rest of their lives,” he said.

“It would be virtually the maximum sentence that you can find, no matter where you look in whatever legal book,” he said later.

“We are getting to the bottom of it,” he said. “Hopefully they won’t get away with it.”

Trump insists that the probe led by former FBI director Robert Mueller was concocted for political reasons by Democrats upset at his surprise 2016 election defeat of the favorite, Hillary Clinton.

Mueller was tasked with investigating the scope of Russian meddling in the election and whether Trump’s campaign colluded with Moscow. In addition, Mueller was looking into whether Trump obstructed justice through his often highly public opposition to the probe.

After two years, Mueller wrapped up last week and on Sunday Trump’s attorney general, William Barr, issued a brief summary of the probe’s findings. They included the determination that Russians did try to interfere in the election but that Trump’s campaign did not collude.

On obstruction of justice, Mueller said he could neither accuse nor clear Trump, leaving Barr to make the determination. Barr said that no crime had been committed.

Although the culmination of the Mueller probe is widely seen as a big victory for Trump, the episode still shed a deeply unflattering light on his entourage, as well as revealing previously undeclared links with Russians — in particular his attempts late into 2016 to secure a huge real estate deal in Moscow.

On Fox, Trump said he was the victim.

“I know one thing: I was the most innocent human being,” he said.