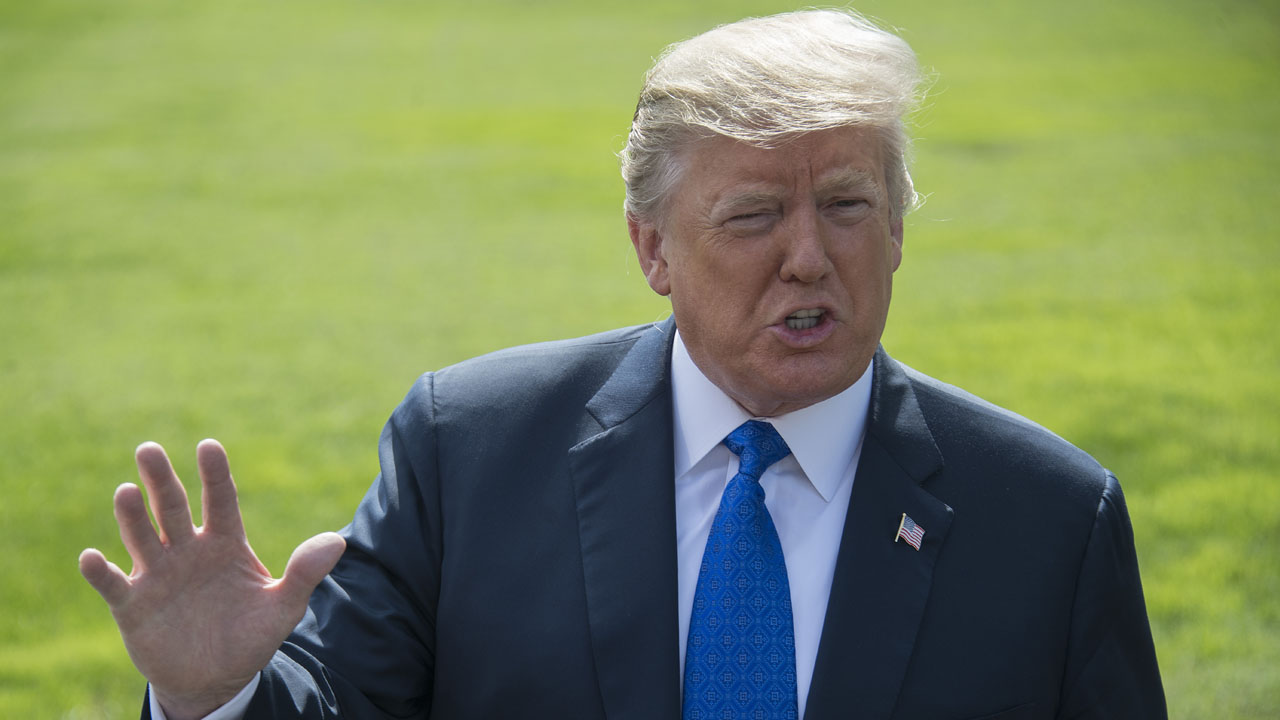 President Donald Trump appeared Monday to water down shock plans for an immediate pullout of US troops from Syria, even as he defiantly claimed his achievements in the conflict should make him a “national hero.”

The tweeted comment came the day after a senior Republican senator said Trump had promised to stay in Syria to finish the job of destroying the Islamic State group — days after he shocked allies, and his own military establishment, by saying troops were coming home.

“If anybody but Donald Trump did what I did in Syria, which was an ISIS loaded mess when I became President, they would be a national hero,” Trump tweeted, using another acronym for IS.

“ISIS is mostly gone, we’re slowly sending our troops back home to be with their families, while at the same time fighting ISIS remnants,” he said.

About 2,000 US forces and other foreign troops are in Syria to assist local fighters battling IS, the jihadists who once controlled a “caliphate” covering much of Iraq and Syria.

The US-led coalition launched its first raids against IS in September, 2014, more than two years before Trump won the US election. US-backed forces seized the jihadists’ de facto capital of Raqa on October 17, 2017.

Trump announced his Syria pullout by saying “We’ve won against ISIS,” even though thousands of the group’s fighters are thought to remain in Syria after the collapse of their “caliphate.”

Military and security experts said Trump was overstating the case, and warned against a hasty withdrawal.

In Afghanistan, Trump also wants to bring home about half of the 14,000 soldiers locked in a war against Taliban guerrillas, but no formal announcement has been made on that move.

Trump’s troop drawdowns triggered the resignation of his defense secretary, Jim Mattis, long one of the chaotic administration’s steady hands.

On Sunday, Republican Senator Lindsey Graham, who had expressed concern about Trump’s pullout, emerged from a two-hour lunch meeting with the president to say Trump “understands the need to finish the job.”

“I think the president is committed to making sure when we leave Syria that ISIS is completely defeated,” Graham said.

Another prominent critic of the pullout was retired US army general Stanley McChrystal, the former commander of US and international forces in Afghanistan, who on Sunday warned on ABC’s “This Week” that a US pullout would likely cause “greater instability” in the region.

“I campaigned on getting out of Syria and other places. Now when I start getting out the Fake News Media, or some failed Generals who were unable to do the job before I arrived, like to complain about me & my tactics, which are working,” Trump tweeted on Monday.