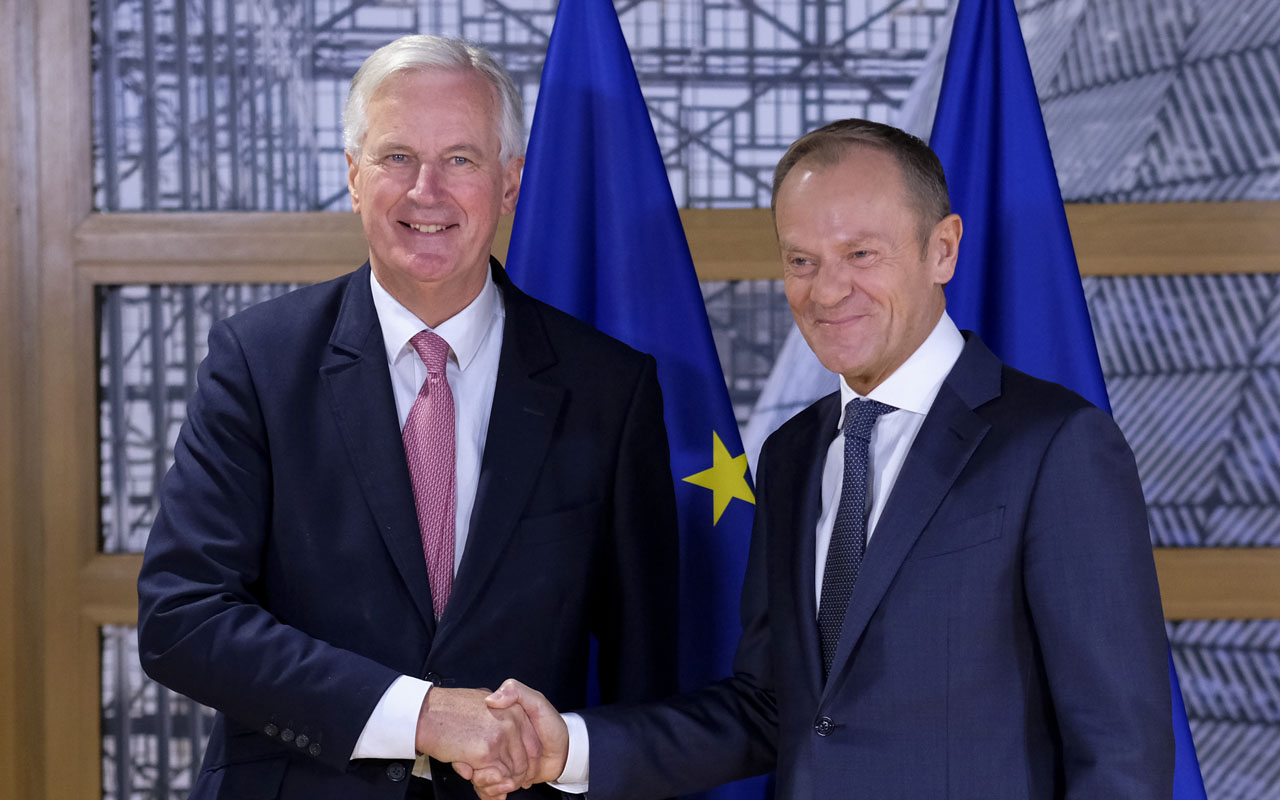 EU summit host Donald Tusk on Tuesday said he will ask British Prime Minister Theresa May for concrete and creative proposals to break the Brexit impasse, as she tried to rally her divided cabinet.

European Council President Tusk will meet Wednesday evening with May and the 27 other EU leaders at the start of a summit that had been tipped as the deadline for a draft deal in time for March 29 when Britain is due to leave the European Union.

“Tomorrow I am going to ask Prime Minister May whether she has concrete proposals on how to break the impasse,” Tusk told a press conference in Brussels on Tuesday.

“For this, we need a new method of thinking,” the former Polish premier said.

But Tusk conceded he had “no grounds for optimism” based on a report Tuesday from EU chief negotiator Michel Barnier and a British debate in parliament on Monday.

The main disagreement between London and Brussels is how to keep the Irish border open after Brexit, but May is also fighting with her own MPs, who must ultimately approve the final divorce deal.

‘We need more time’
At a three-hour cabinet meeting on Tuesday morning, which included some ministers with reservations about her strategy, May said a deal was possible if they all stood together.

“I’m convinced that if we as a government stand together and stand firm, we can achieve this,” she said, according to her spokesman.

Arriving to brief EU ministers in Luxembourg on the state of the Brexit talks, Barnier said: “we’re not there yet”.

“We need more time to find a comprehensive agreement and achieve the decisive progress that is needed to finalise this negotiation on the UK’s orderly withdrawal,” he told reporters.

“We are going to take this time calmly, seriously to reach this comprehensive agreement in the coming weeks.”

May will address the other 27 EU leaders at the summit on Wednesday evening before they have dinner without her to discuss their next steps.

Another summit has been pencilled in for mid-November, but officials say it will only go ahead if there is progress before then.

No deal plans
After the last round of talks on Sunday broke up without agreement, Tusk warned that the possibility of a “no deal” Brexit is now “more likely than ever before”.

This was emphasised Tuesday when French Europe minister Nathalie Loiseau said her country was making urgent preparations for this scenario, including a plan for checks at the Channel Tunnel.

Addressing MPs in the House of Commons on Monday, May said a deal was “achievable” while sticking to her principles on the Irish border issue.

But a senior European official said the speech had only underscored for Barnier the uphill struggle he faces to get a deal.

May’s speech and answers to questions “demonstrate that finding an agreement will be even more difficult than one could expect”, the official said.

To solve the Irish question, Britain has proposed staying aligned to the EU’s customs rules until a wider trade deal can be signed that avoids the need for any frontier checks.

But her own eurosceptic Conservative MPs are demanding this “backstop” arrangement be time-limited, something the EU will not accept.

May said the EU was also insisting on its own “backstop” in case the London proposal did not work, which would see Northern Ireland alone stay aligned to the customs union and single market.

She says this would threaten the integrity of the United Kingdom — and it is strongly opposed by her Northern Irish allies, the Democratic Unionist Party (DUP).

Leo Varadkar, prime minister of Ireland which will remain part of the EU. said a no deal scenario was “unlikely”, but added his cabinet had discussed preparations like hiring customs officials, but not along the Irish land border.