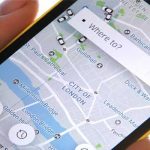 Uber was hit with a lawsuit on Monday alleging sexual harassment and discrimination against female employees, apparently the first case in court since the ride-hailing giant scrapped a requirement for arbitration of such claims.

Former Uber software engineer Ingrid Avendano’s suit filed in California superior court contends the company work culture was “permeated with degrading, marginalizing, discriminatory, and sexually harassing conduct towards women” and that this was perpetuated and condoned by managers.

According to a statement from Avendano’s lawyers, she raised concerns but “was met with Uber’s entrenched disregard for the rights of its women employees and a refusal to take effective steps to prevent harassment.”

The statement added that she also “suffered blatant retaliation, including denial of promotions and raises unwarranted negative performance reviews, and placement on an oppressively demanding on-call schedule that had detrimental effects on her health.”

Avendano worked at Uber from 2014 to 2017, a time when the company faced a series of allegations about harassment, a toxic work culture and unscrupulous business practices.

Last week, Uber said it was scrapping a policy that required claims of sexual misconduct to be taken to arbitration, which in most cases result in confidential settlements. Uber rival Lyft announced a similar move the same day.

Uber chief executive Dara Khosrowshahi, who was hired last year, said the move was “an important step forward in our commitment to safety and transparency.”

Avendano was a member of a group of Uber employees who agreed to a settlement totalling $10 million in March 2018, according to a source familiar with the matter.

She opted out of that settlement to pursue her claim individually in court following Uber’s decision to revise its policy, according to her lawyers.

Asked about the lawsuit, an Uber spokesperson did not directly address the allegations but highlighted the new policy moves.

“Uber is moving in a new direction. Last week, we proactively announced changes to our arbitration policies,” a statement said.

“And in the past year, we have implemented a new salary and equity structure based on the market, overhauled our performance review process, published diversity and inclusion reports, and created and delivered diversity and leadership training to thousands of employees globally.”

Arbitration clauses in employment policies have played a role in high-profile settlements involving film mogul Harvey Weinstein and others, with accusations and settlements made behind closed doors.