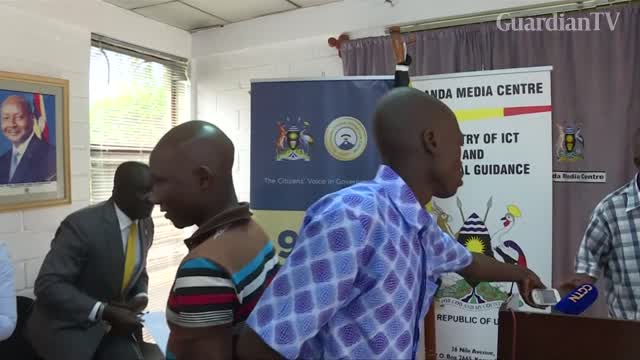 Following months of denials, Uganda said Friday it was “positively considering” a proposal from Israel to accept hundreds of Africans the country wishes to deport.

“The government (is)… positively considering the request,” he said in a statement.

Ecweru denied any suggestion of a financial motive for taking in the migrants.

Uganda’s motivation is “purely humanitarian” and “all refugees world over, are voluntarily repatriated” in “strict observance” of international law, Ecweru said.

Africans began entering Israel through what was then a porous Egyptian border in 2007. The border has since been strengthened, all but ending illegal crossings.

Netanyahu’s plan has stirred up a political storm, given that some migrants come from Eritrea or Sudan, where rights experts point to a high risk of abuse or armed conflict.

Israel tacitly recognises the Sudanese and Eritreans cannot be returned to their dangerous homelands, which is why a third country was sought as a viable option.

Netanyahu has repeatedly referred to migrants from these countries as “not refugees but illegal infiltrators”. The United Nations has referred to the migrants as “people needing asylum”.

Deportees and aid workers said the destination sketched in Netanyahu’s plan was either Rwanda or Uganda, although both countries denied that any such deal had been agreed.

Rights groups, meanwhile, reported that Israel had offered the migrants $3,500 (2,800 euros) to relocate to Uganda or face indefinite imprisonment with eventual forced expulsion.

Netanyahu last week agreed to cancel the controversial plan and grant 16,000 migrants temporary residency with an equivalent number resettled in Western nations. But he reversed his position just hours later.

Israeli officials say that no-one they classify as a refugee or asylum seeker will be deported, although the process of granting asylum has been criticised as extremely slow and biased against claims. Only a handful of asylum claims have been approved in recent years.

Under a previous plan launched in 2013, more than 4,000 African migrants left Israel for Uganda and neighbouring Rwanda, according to campaign groups.

Andie Lambe, executive director of International Refugee Rights Initiative, based in the Ugandan capital Kampala, told AFP that migrants arriving under that scheme were denied official refugee status — something she wants to see change if the request announced on Friday goes ahead.

Lambe argued that the question remained, “Why can’t Israel simply accommodate these people?”