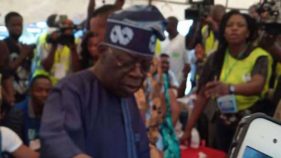 APC clears all 40 House of Assembly seats in Lagos 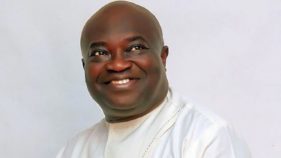 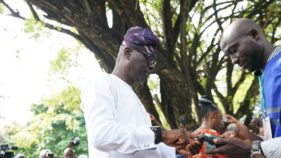 Agbaje has congratulated me, says Sanwo-Olu

The Peoples Democratic Party (PDP) governorship candidate in Ebonyi State, David Umahi has been declared the winner of the governorship election held last Saturday after polling total votes of 392,291 to defeat his All Progressives Congress(APC) counterpart, Senator Sunday Ogbuoji who garnered 81,234.

Announcing the result at INEC headquarters in Abakaliki the State Returning Officer and Vice Chancellor of Federal University of Technology Owerri, FUTO, Prof Chukwuemeka Eze said that Umahi won in all the 13 LGAs that make up the state.

The PDP also cleared all the 24 seats of the state House of Assembly.

Reacting on his victory Governor Umahi, expressed his unalloyed loyalty to the patriotic citizens of Ebonyi State for re-electing him for the second term and promised to consolidate on the aggressive infrastructural, human development and aggressive industrialization of the state, the tripod on which his administration stands.

The Governor also reiterated his readiness to hand over power to Abakaliki bloc in 2023 after completing his second term to continue to rotate around the three senatorial zones of the state in the spirit of equity and justice.

Umahi in a statement signed by his Chief Press Secretary, Emmanuel Uzor described the election as the reflection of the wishes of Ndi Ebonyi who have been resolute and desirous of consolidating on the already achieved development in the state.

He said his closest rival and candidate of the All Progressive Congress, APC, Senator Sonni Ogbuoji was never his match, noting that the verdict of the entire people of the state as reflected in their ballots across the 13 Local Government areas of the state confirmed that his opponent was never and will never be a match to his political sagacity.

Umahi commended the INEC for their professionalism and expressed the readiness of his administration to seek justice for those whose lives were cut short in the cause of the election and bring the perpetrators to book irrespective of party affiliation.

He thanked the Christian and Muslim communities, civil and public servants and indeed the entire people of the state for appreciating his good works in the first term and entrusting their mandate on him again for another four years.