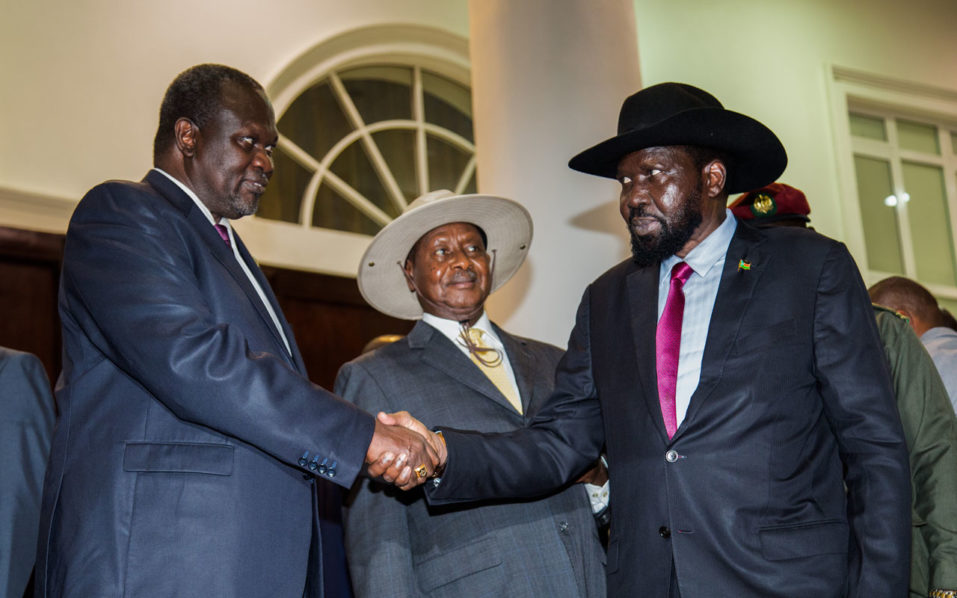 The UN Security Council will vote Friday on imposing an arms embargo on South Sudan and sanctions on two military officials after the latest diplomatic efforts failed to end nearly five years of war.

The United States circulated a revised draft resolution on Thursday that diplomats said is likely to be adopted, imposing a ban on arms sales to South Sudan until May 2019.

The measure expresses “deep concern at the failures of South Sudan’s leaders to bring an end to the hostilities” and would renew until May 2019 sanctions imposed on South Sudan.

South Sudan won independence from Sudan in 2011, with critical backing from the United States, which remains Juba’s biggest aid donor.

Countless efforts have failed to bring peace to the country now in its fifth year of a war that has seen ethnic killings, gang rapes and other atrocities documented by UN rights officials.

Former military chief Paul Malong and Malek Ruben Riak, a former deputy chief of general staff for logistics, would be added to the UN sanctions blacklist and hit by a global visa ban and assets freeze, according to the text.

The United States had initially proposed sanctions against three ministers in President Salva Kiir’s government, including the defense minister, but they were dropped from the proposed blacklist during negotiations.

No veto from China, Russia
China and Russia had resisted the US push for tougher action on South Sudan, but a Security Council diplomat said that they would not resort to their veto power to block the measure, suggesting they could instead abstain.

A draft resolution requires nine votes and no veto to be adopted in the 15-member council.

Ethiopia, which has led a regional peace effort, on Thursday said it opposed the draft resolution and asked the United States to drop the arms embargo and proposed sanctions, according to an email seen by AFP.

But its appeal was rejected and the United States confirmed on Thursday that the measure would be put to a vote.

A Security Council diplomat, who spoke on condition of anonymity, said the arms embargo would “maintain the right level of pressure” on South Sudan to push for an end to the conflict.

In the years since, tens of thousands have been killed and millions have been uprooted. Seven million South Sudanese, more than half of the population, are in need of food aid, according to the UN.

Earlier Thursday, South Sudan’s parliament voted to allow Kiir to remain in power until 2021, a move that will complicate negotiations with Machar on a power-sharing deal.

The United States has repeatedly threatened to impose an arms embargo and sanctions against those blocking efforts to end the war.

In 2016, Washington failed to win enough votes at the Security Council for the arms embargo and targeted sanctions.