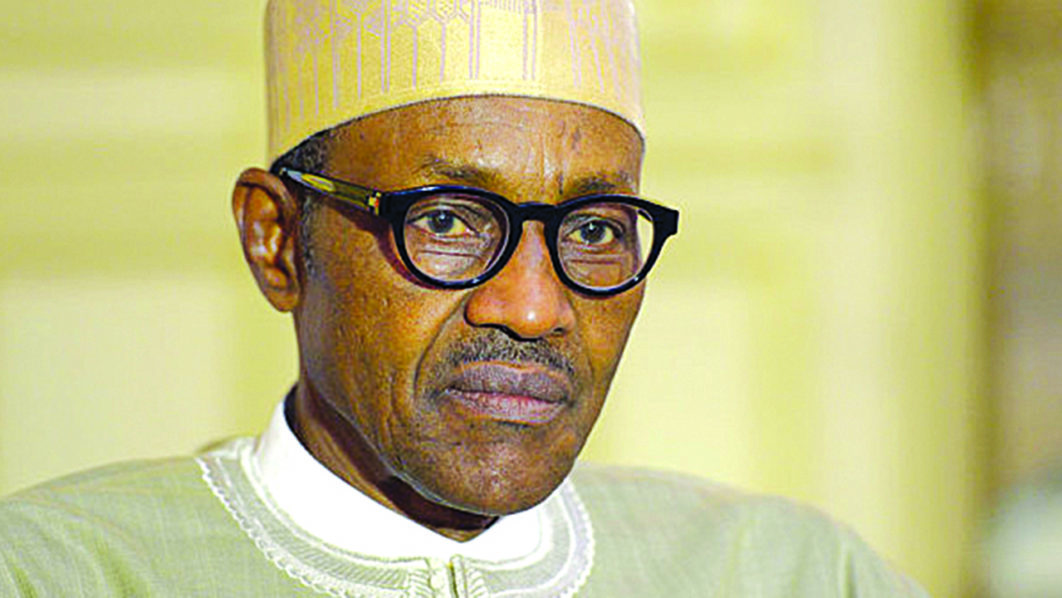 There was uproar in the Senate yesterday over President Muhammadu Buhari’s claim that the herdsmen, who have killed hundreds of Nigerians, particularly since the inception of his administration, were trained and armed by the late Libyan President Muammar Gaddafi.

In his response to comments by the Archbishop of Canterbury, His Grace Justin Welby, on the killings in Nigeria, when the cleric visited him in London, the United Kingdom on Wednesday, Buhari said: “The problem is even older than us.

It has always been there, but now made worse by the influx of armed gunmen from the Sahel region into different parts of the West African sub-region.

“These gunmen were trained and armed by Muammar Gadaffi of Libya. When he was killed, the gunmen escaped with their arms. We encountered some of them fighting with Boko Haram.

“Herdsmen that we used to know carried only sticks and maybe a cutlass to clear the way, but these ones now carry sophisticated weapons.

The problem is not religious, but sociological and economic. But we are working on solutions.”

Senator Enyinnaya Abaribe (Abia South) had, upon the commencement of the Senate session yesterday, drawn the attention of his colleagues to the president’s comments and submitted that such comments amounted to incompetence on his part.

“Yesterday (Wednesday) in London, the commander-in-chief and president of Nigeria, Muhammadu Buhari said that these killings were a result of the people who were trained by Muammar Gaddafi, implying that these people who are perpetrating the killings in Nigeria are invaders from outside of Nigeria.

“Why do we still continue to indulge this president that goes along to tell everybody outside this country that he is totally incompetent?” Abaribe queried.

His comments elicited serious opposition from the Senate Majority Leader, Ahmed Lawan, along with a few other All Progressives Congress (APC) senators.

“The President of the Federal Republic of Nigeria is the leader of this country and deserves the respect and courtesy of this chamber and those of us in it.

I was once a member of the opposition and I do not recall ever calling the then president names or insult him. This is our institution.

If we do not conduct ourselves with respect, nobody will. I want to ask my colleague to immediately withdraw his statement and apologise to this chamber,” Lawan said.

Amid the uproar that ensued, Senate President Bukola Saraki attempted to restore order by asking Abaribe to make his point without using offensive words.

But Abaribe declared that there was no other word with which to convey his message regarding the meaning of what President Buhari had done.

“There are words that have no alternatives. What I did was to interpret the words by Mr. President in London. If any word I used is misunderstood by anyone, I apologise. What I am saying is simple. The heads of security agencies in Nigeria made several explanations for the killings of our people. It shows that there is a disconnect,” the Abia senator said.

The debate was brought to an abrupt end because of the growing tension in the chamber.

Also, Ekiti State Governor Ayodele Fayose said President Buhari was becoming an embarrassment to Nigerians, urging his handlers to desist from allowing him to speak extempore.

Fayose, who reacted to the president’s claim that Gaddafi should be blamed for the ongoing herdsmen killings across the North Central zone, said: “It is embarrassingly shameful that the president has taken his blame game to the international level by blaming the dead for his cluelessness.”

In a statement yesterday by his Special Assistant on Public Communications and New Media, Lere Olayinka, the governor said it was becoming obvious that “very soon, President Buhari will blame those who elected him for his failure.”

Fayose, who described the Buhari’s statement as embarrassing, asked the president to tell the world how many Libyans were killed by herdsmen in the last three years.

“Nigerians are accusing President Buhari and his government of complicity in the herdsmen killings and all that the president could do in response is to blame Gaddafi, who became history seven years ago?
This is no doubt another international embarrassment from a president who knows nothing other than to blame people for his own failure.”

The Ekiti governor advised those handling the president to ensure that he is prevented from speaking outside Nigeria without a prepared speech.

“The other time, he went to Germany to embarrass Nigeria by referring to the chancellor of Germany, Angela Merkel, as ‘President Michelle of West Germany’.”

Fayose said Buhari should rather face the reality of the alleged failure of his government to secure the lives and property of Nigerians as well as poor handling of the herdsmen killings instead of going to foreign lands to advertise his cluelessness by blaming the dead.

In the same vein, the Peoples Democratic Party (PDP) charged President Buhari to admit that he has failed woefully in his promise to end insurgency in the country, and stop his resort to excuses, particularly overseas.

The party, in a statement by its spokesman, Kola Ologbondiyan, noted that by telling Welby that the insurgents and marauders pillaging the people are fighters from the late Gadaffi’s Libya, President Buhari confirmed the position of Nigerians that he is incapable of handling the security challenges of the nation.

“We invite Nigerians to recall that in November 2017, President Buhari had informed the Nigerian community in Abidjan, Cote d’Ivoire that Gadaffi’s fighters were responsible for the escalation of Boko Haram insurgency.

“This time, Mr. President has revealed that the killer-herdsmen ravaging our nation and killing our people are from Libya.

“If the APC-led Federal Government knew that the marauders and insurgents are invaders, then why is it engaging them in dialogue, reportedly paying ransoms and even considering the amnesty option for them?” the PDP asked.

It asked Nigerians to demand explanations from President Buhari on why his administration has been asking the victims of marauders’ attacks in various states, particularly, Benue, Taraba, Kogi, Nasarawa, Zamfara, Plateau, among others, to learn to accommodate them, if it knew that the attackers had links with Libya.

The opposition party said Buhari and his APC “should simply admit that they have failed to safeguard the lives of our people as well as the territorial integrity of our nation.”