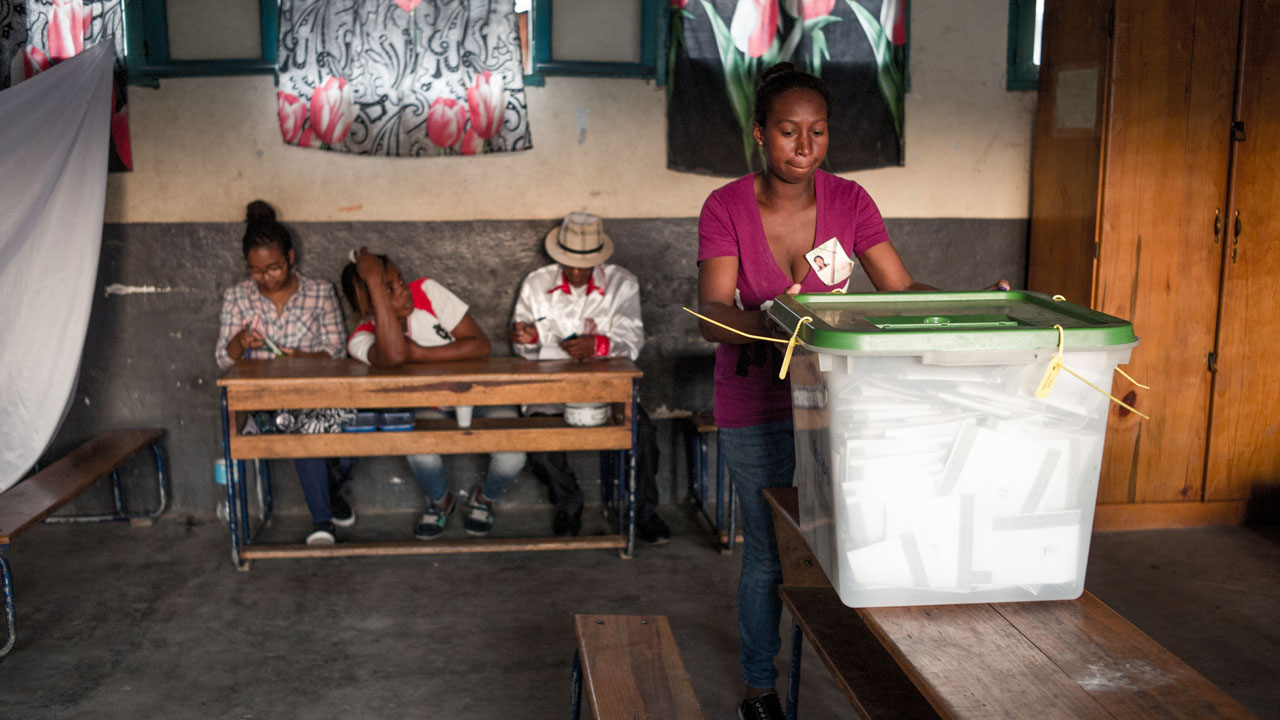 Polling official wait for voters at a polling station of Isotry district in Antananarivo on November 7, 2018, during the first round of Madagascar’s presidential election. – Madagascar went to the polls on November 7, to elect a new president, with a packed field of candidates led by three former heads of state pitching their ideas for ending a political crisis and boosting the economy. (Photo by RIJASOLO / AFP)

“The irregularities were very minor and won’t have any impact on the election’s outcome,” said the head of the European Union’s monitoring mission Cristian Preda.

Two cases of ballot stuffing were reported out of nearly 25,000 polling stations nationwide in Wednesday’s vote, he said.

“What we are describing are difficulties and anomalies, which is to say logistical issues that wouldn’t have affected the credibility of the elections,” Preda said at a media briefing in the capital Antananarivo.

Presidential hopeful Rajaonarimampianina, who ruled from 2014 until September this year when he had to resign to contest the election, said on Thursday that there were “numerous irregularities” in the polls.

“We will not let the people be robbed of their vote,” he warned.

Preda said that any irregularities which came to light should be investigated.

“It’s important not to cheat. For me, people are attempting to cheat when they make (unfounded) allegations of irregularities, I don’t like it,” he said.

Lidia Geringer, the head of the European Parliament delegation, described the election as “something of a last chance poll” for Madagascar’s democratic and economic development prospects.

Madagascar is one of the world’s poorest countries, according to World Bank data, with almost four in five people living in grinding poverty.

The former French colony has struggled to overcome political divisions after a disputed 2001 election that sparked clashes and a 2009 military-backed coup.

According to provisional results released by the election commission on Friday, former president Andry Rajoelina was leading the tally of votes counted so far with 42.86 percent.

Fellow ex-president Marc Ravalomanana was close behind with 40.18 percent, according to the results based on 1,350 polling stations out of 24,852.