Ex-Ivorian leader Gbagbo acquitted of war crimes, to be freed

Ex-Ivorian leader Gbagbo acquitted of war crimes, to be freed 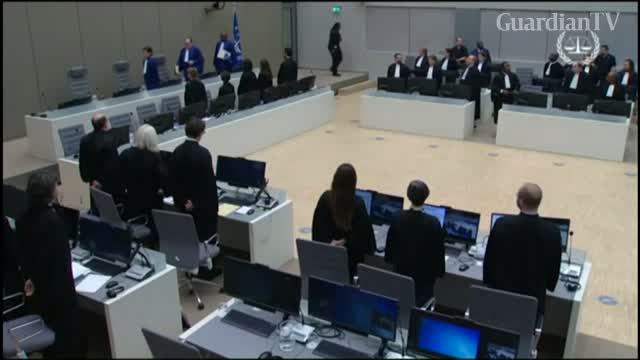 The International Criminal Court acquitted former Ivory Coast president Laurent Gbagbo on Tuesday over a wave of post-electoral violence, in a stunning blow to the war crimes tribunal in The Hague.

Judges ordered the immediate release of the 73-year-old deposed strongman, the first head of state to stand trial at the troubled ICC, and his former youth leader Charles Ble Goude, 47.

Gbagbo faced charges of crimes against humanity after 3,000 people were killed in months of clashes in the west African nation when he refused to accept defeat after elections in late 2010.

Prosecutors said Gbagbo clung to power “by all means” after he was narrowly beaten by his bitter rival — now president — Alassane Ouattara in elections in the world’s largest cocoa producer.

But head judge Cuno Tarfusser said that the ICC “by majority hereby decides that the prosecution has failed to satisfy the burden of proof to the requisite standard.”

He added that the court “grants the defence motions for acquittal for all charges for Mr Laurent Gbagbo and Mr Charles Ble Goude and orders the immediate release of both accused.”

Gbagbo, who has spent seven years in detention, and Ble Goude hugged each other after the decision was handed down.

Supporters started cheering, clapping and crying in the court’s public gallery, prompting the judge to order them to sit down and “behave”.

‘Victory for justice’
“I am very, very happy. Finally there is some justice,” Gragbayou Yves, 45, a Gbagbo supporter from Paris, told AFP in the public gallery moments after the judgment was passed.

Wild scenes also erupted in Gbagbo’s home town in the Ivory Coast, Gagnoa, with hundreds of supporters shouting “free, free” and dancing in the streets after watching the decision live on television.

“I’m happy. He did nothing wrong yet he’s spent seven years in prison. It’s important that he should be free, he’s our leader,” said supporter Bertin Sery.

In Abidjan, Assoa Adou, secretary general of Gbagbo’s party the Ivorian Popular Front (FPI), predicted the acquittal would ease political tensions rather than exacerbate them.

“We have just made a big step towards reconciliation,” Adou said, amid a jubilant crowd at party headquarters. “Ivory Coast will soon be in peace.”

Gbagbo was captured by Ouattara’s troops, who were being aided by UN and French forces, and sent to The Hague in November 2011. His trial started in January 2016.

But the judges on Tuesday said prosecutors had failed to show there was evidence of a “common plan” to keep Gbagbo in power, a policy of attacking civilians, or that speeches by Gbagbo and Ble Goude incited violence.

Their release was suspended until a fresh hearing on Wednesday to give the prosecution time to respond to the shock judgment.

The office of ICC prosecutor Fatou Bensouda said the decision was “disappointing and unexpected”, adding that the prosecution had the right to appeal.

Gbagbo’s lawyers last year argued that his case had descended into “fake reality” and should be dismissed, adding that he was now “elderly and fragile”.

“This is a victory for justice,” Gbagbo’s lawyer Emmanuel Altit told a press conference after Tuesday’s decision.

‘Bitterly bruised’
But the highly divisive case has tested the court’s avowed aim of delivering justice to the victims of the world’s worst crimes since its establishment in 2002.

The ICC has faced serious difficulties over attempts to try top politicians for crimes committed by subordinates or followers — most of them in Africa.

Last year, former DR Congo warlord and ex-vice president Jean-Pierre Bemba was acquitted on appeal for crimes allegedly committed by his militia in the Central African Republic in 2002-2003.

Kenyan President Uhuru Kenyatta also saw charges of crimes against humanity over electoral bloodshed dropped by the ICC prosecutor in 2014.

“It leaves serious questions about the ability of the ICC to successfully target and prosecute state actors,” he told AFP. “It must learn from these trials and errors to be better — and meet expectations — in the very near future.”

Gbagbo’s acquittal also means he follows in the footsteps of his wife Simone Gbagbo.

The so-called Iron Lady walked away from a 20-year jail term in Ivory Coast in August when she was granted an amnesty by Ouattara after seven years in detention.

Gbagbo however still faces a 20-year jail sentence for “economic crimes” imposed by an Ivorian court in 2018. Whether he serves it or not is expected to be part of negotiations about any eventual homecoming.