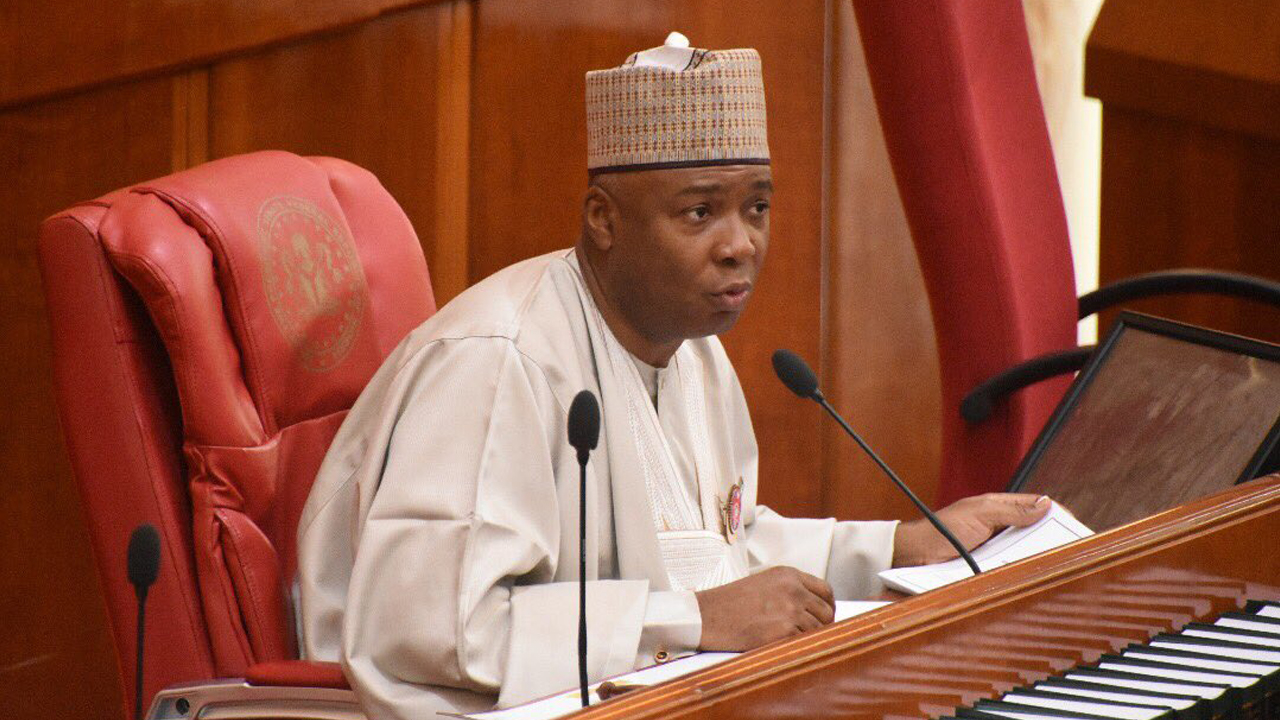 The Senate President, Dr Bukola Saraki, on Friday urged Nigerians to guard the country’s democracy jealously and shun acts that could truncate it.

The News Agency of Nigeria (NAN) reports that the theme of the lecture is: “Development Reporting and Hysteria Journalism in Nigeria”.

Represented by Sen. Ben Murray-Bruce, Saraki said democracy was the best form of government and urged citizens to preserve it at all costs.

The Senate President pointed out that though the system was yet to be perfect, democracy was still the best way to realise the country’s development aspirations.

“We must preserve democracy at all costs. It is the duty of everyone, all the citizens of the country.

“No matter the problems we are facing, democracy is still the best form of government to guarantee development “, he said.

Saraki said the media had contributed to the survival of democracy in the country through agenda setting and playing the role of a watchdog.

He urged the media not to relent on its efforts at promoting the country’s development and making Nigeria a better place.

The Senate President described Wednesday’s invasion of the Senate and snatching of the mace by hoodlums as primitive and disgraceful.

He said the incident was an assault on the legislature and a threat to democracy and security.

Saraki, however, thanked the media for rising to the occasion by reporting the incident in real time, saying the intervention helped to highlight the threat.

The Saraki said media had a big role to play in leadership and urged it to always play its role to improve the Democratic process.

In his speech, a former Deputy Governor of the Central Bank, Mr Kingsley Moghalu described the media as an essential component of the country’s development.

He, however, expressed the regret that the media had not been sufficiently playing the role of promoting development.

Moghalu said a good number of outlets focused on hysteria journalism which highlighted sensationalism rather than development.

Moghalu, who had a stint at Newswatch Magazine, said most media houses had deviated from development issues for political patronage.

He lamented that investigative journalism was dying in the country, saying that was not good for the country’s development.

“One of the major ways in which the media can play the role of a catalyst in social transformation is through investigative journalism.

“By uncovering evidence of malfeasance and shedding light on social olds, journalists can influence public discourse in a major way.

“There is so much that is wrong with our country today and a vibrant tradition of investigative reporting can help change this “, he said.

He decried the focus of media organisations on sports and entertainment and said there was the need to do more on real news for development.

Moghalu acknowledged that the media was challenged in many ways but still urged it not to abdicate its responsibilities owing to challenges.

He, therefore, urged Nigerians to participate actively in the 2019 elections to elect leaders of their choice.

A former presidential aspirant of the KOWA party, Prof. Remi Sonaiya, commended the media for its role in national development.

She, however, said the media was not doing enough in giving balanced coverage for aspirants for elective offices.

She said the media focused more on the candidates of the major parties during the 2015 elections and did not bother about others.

“The media should give everyone equal coverage. That is the only way to present different options to the Nigerian people “.she said.

The President of the Nigerian Guild of Editors, Mrs Funke Egbemode said the media industry was facing a lot of crisis at the moment.

She listed the problems of the industry as poor patronage, declining advertising revenues and high operating costs and declining professionalism.

Egbemode said most organisations were just struggling to survive and that that had affected the capacity of the industry to function as efficiently as expected.

“It is bad news that there are even worse days ahead for the industry’ ’she said.

She said the hysteria journalism being practised was as a result of the problems in the society.

The media practitioner said the news people read was a reflection of the society, adding the media should not be blamed for that.

Speaking the Publicity Secretary of the All Progressives Congress in Lagos, Mr Joe Igbokwe said the media was key to the development of the nation.

He, however, urged the media to respond to the trends in the industry in order to remain relevant.

On the looters list released by the APC, he said the action was taken to discourage corruption.

He said those who looted the country were going about with bold faces, saying there was the need to let them know they had a price to pay.

“You can take our money and go about with a bold face. The list is, therefore, to discourage and reduce corruption “, he said.

He urged Nigerians of all regions not to look down on one another, saying reciprocal respect for peoples across region was good for unity.

He said President Muhammadu Buhari has acquitted himself well as leader of the country.

In his welcome address, the Editor in Chief of the Niche Newspaper, Mr Ikechukwu Ameachi, said the lecture was organised annually to discuss issues that affect the country with a view to proffering solutions.