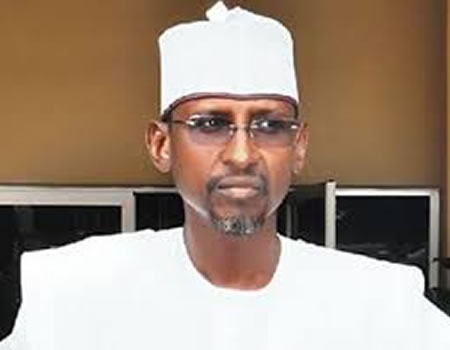 THE Federal Capital Territory Administration (FCTA), on Thursday, said arrangement had reached an advanced stage to provide temporary accommodation for about 150 orphans who were left homeless following an earlier demolition exercise by the administration.
Director, FCTA Department of Development Control (DDC), Muktar Galadima, who stated this during a joint press briefing with the alleged owner of the affected property in his office in Abuja, said the administration was more concerned about the welfare of the children.
According to him: “we had sympathy and a kind heart for the children, and we are looking for a way forward for the children on how to cushion their hardship by relocating them so that they do not feel that they are rejected by the society.
“That is why the most important thing at this moment is the welfare of those children, which we are working seriously on. We want to provide succour for them, by getting them temporary accommodation, even if it is for one year, so that our children will have a safe place to stay. This is because this government has a human face. We hope to do that as soon as possible,” he assured.
Also providing reasons for the demolition exercise earlier carried out by his men on the property, Divine Wounds of Jesus Christ Orphanage and Rehabilitation Home, Kubwa, Abuja, the director said that it completely failed to comply with development control requirements in the nation’s capital.

He said the structure was demolished for not complying with regulations and for disregarding several stop work and other notices served on the property, which also included a demand for the production of title document for the property.
“When we received this complaint of encroachment, we visited the site and served all the relevant notices beginning from stop work notice, quit notice to demolition notice in line with our responsibility of ensuring strict implementation of the Abuja Master Plan.
“She did not submit any title document about the disputed property. If she had submitted, we would have put her title document together with that of the complainant and sent it to the Department of Lands Administration to confirm who the rightful owner of the land was or is, because there are three plots she is sitting on. The issuing authority would now write us formally confirming the real owner of the land.” He added.
The director, therefore, directed her to submit her documents so that it would forward them to the departments of Lands and the Abuja Geographic Information Systems (AGIS) for them to determine the authenticity and ownership of the papers and property.
However, owner of the orphanage, Bishop Victoria Nkiruka Ezemoka, who was part of the joint press briefing, surprised everyone by producing another title document for the same property, which the department claimed she failed to produce after several notices and demands.
She lamented that trouble over ownership of the disputed property began shortly after the demise of her husband, following her brother-in-law’s claim for ownership of the landed property.

The post We will shelter over 150 orphans stranded in Abuja ― FCTA appeared first on Tribune Online.