You are here
Home > Brexit > What next if UK MPs reject Brexit deal? 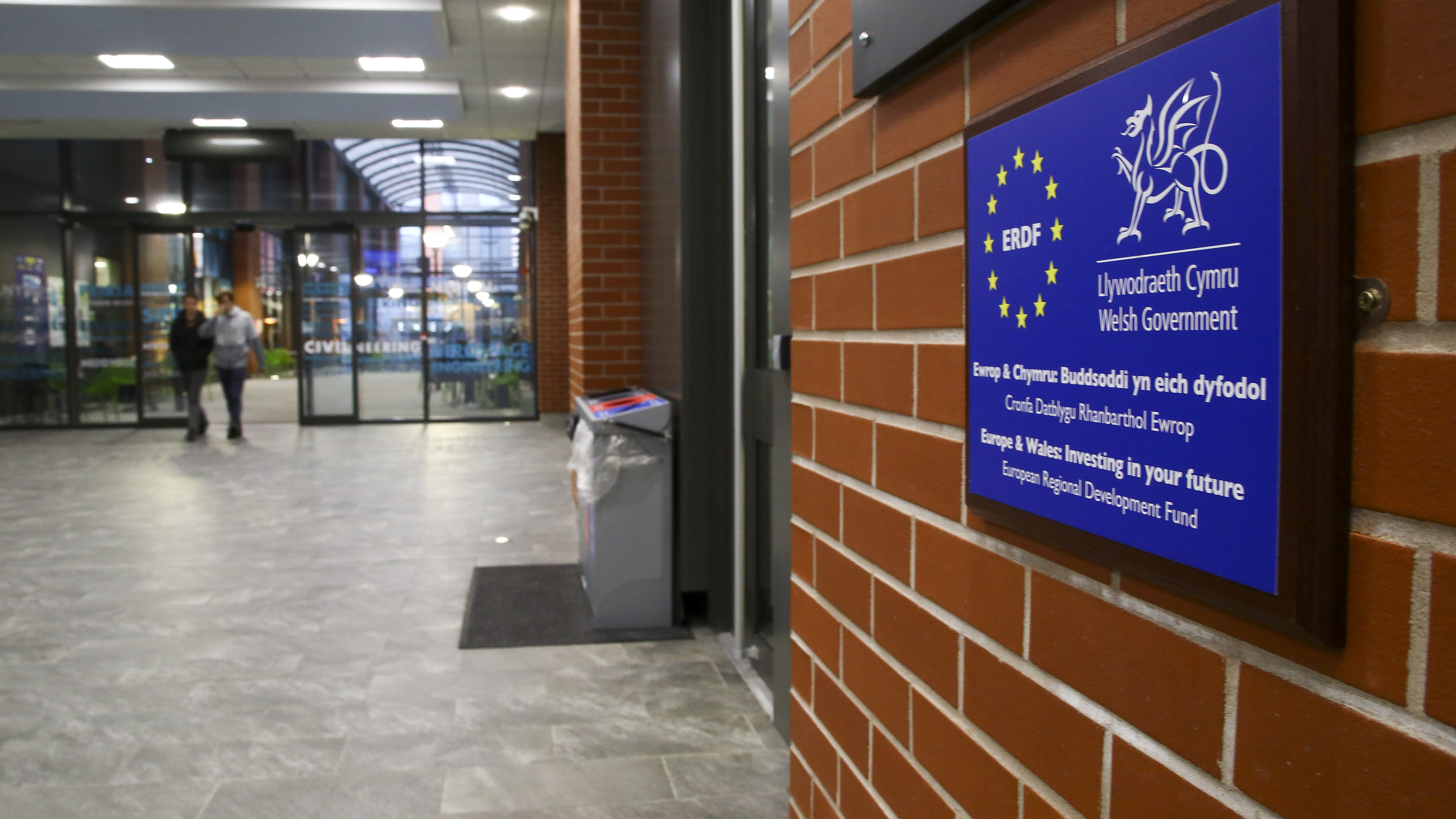 A European Regional Development Fund sign is pictured at Swansea University in south Wales on December 6, 2018. – The 12 stars of the European Union flag are on proud display across Swansea University’s new campus. The EU helped finance the site, along with many other projects in Wales, which voted in favour of Brexit in 2016 but is now having doubts as the day approaches. (Photo by GEOFF CADDICK / AFP)

Prime Minister Theresa May appears likely to lose a historic vote on the Brexit deal she has struck with EU leaders in a crucial parliament vote on Tuesday.

Defeat in the House of Commons is almost certain to lead to either a no-confidence vote from the opposition or a leadership challenge from within her own Conservative Party.

Here are some of the most probable scenarios:

– Renegotiate deal –
The prime minister could face demands to head to Brussels and attempt to extract concessions before putting the deal to a second vote by parliament.

EU leaders have rejected the prospect of renegotiating the withdrawal agreement itself but European sources speaking privately say tweaks in the accompanying declaration on post-Brexit ties might be possible.

May is headed to Brussels anyway for a summit with 27 fellow EU leaders on Thursday and Friday.

“Theresa May is going to come to the European summit on December 13 and 14 and ask for a re-negotiation and the 27 are going to say no, the texts are agreed,” an informed European source told AFP on condition of anonymity.

“They are then going to fall back on a protocol or a clarification on a point seen as important to then go back to parliament.”

– Norway option –
With MPs having more of a say in the process, it is possible they could push for a “plan B”, which would see Britain adopt a softer Brexit, such as staying in the EU’s satellite trading bloc the European Economic Area — the so-called Norway option.

Although being in the single market would require maintaining freedom of movement of EU citizens into Britain — a contentious issue for May and many pro-Brexit voters — this approach is considered more likely to command a majority in parliament and potentially pass a second vote.

Another potential obstacle, however, is that Britain would have to continue paying large amounts of money into the EU budget which would prove hugely unpopular.

EU figures are said to be in any case “wargaming” how the bloc could extend Article 50 to allow for a tweaked deal or other scenarios such as a second referendum.

– No-deal Brexit –
Britain has legislated to leave the European Union on March 29, 2019, after triggering Article 50 — the treaty mechanism used to exit the bloc — two years prior.

May has warned that if MPs vote down her plan the country risks crashing out on this date with no agreement.

That would sever ties overnight with its closest trading partner, amid fears of grounded flights, medicine shortages and gridlocked ports and motorways.

The Bank of England has warned of a financial crisis, slashing house prices and crashing the pound.

Dozens of arch-Brexiteers, led by a hardline backbencher, Jacob Rees-Mogg, believe no deal would be preferable to the current plan that keeps the country tied closer to the bloc.

But that view lacks majority support in parliament.

May has repeatedly ruled out another vote but could face pressure to call one if Britain slips into political paralysis.

Supporters of a second referendum received a boost from a European Court of Justice legal opinion last week stating that Britain does have the unilateral right to revoke its Brexit decision.

– General election –
The prime minister could try to break the parliamentary deadlock by calling a general election — but would need the backing of two-thirds of all MPs.

A simple majority of all lawmakers could also topple her government with a vote of no confidence.

That could lead to the formation of a new government — possibly a coalition of parties — if MPs agreed on that within two weeks.

Otherwise, a general election would be called.

The Democratic Unionist Party, a fervently pro-Brexit party in the UK’s Northern Ireland which props up her government, has said it would vote against the deal, but not aim to topple May.