You are here
Home > 2019 elections > Why I boycotted election, Ayogu Eze 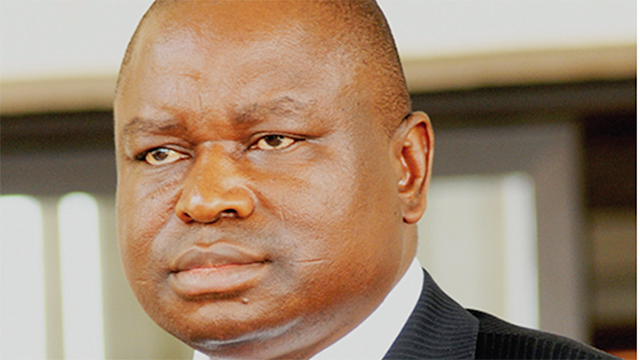 Eze said he could not participate in the exercise after the Independent National Electoral Commission (INEC) failed to publish his name in the final list of candidates.

This happened even as villagers laid siege to his house in Umuida, Igbo-Eze North Local Government Area, demanding that the election be called off.

Addressing the aggrieved villagers, Eze said INEC shut him out of the exercise despite a valid court order.

He said: “We are protesting the delisting of my name. You can see angry voters, who are protesting that INEC did not treat their candidate fairly. They are holding me hostage here. My name was delisted few days to election and INEC was unable to put it back, almost 48 hours after being ordered to do so by a competent court of law.

Meanwhile, a coalition of Independent National Electoral Commission (INEC)- accredited foreign and local observers, and notable leaders in Enugu State have commended the successful conduct of yesterday’s elections in the state, describing the exercise as “peaceful, free and fair.”

This came as results trickling in from polling units across the state indicated that the state governor and governorship candidate of the Peoples Democratic Party (PDP), Rt. Hon. Ifeanyi Ugwuanyi and House of Assembly candidates were coasting to victory, as the party led with wide margins.

Gov. Ugwuanyi voted at 9:35am at his Amube Ward 11 Polling Unit.

Speaking on behalf of the observers, a foreign observer from Nigerians in Diaspora Organisation (NIDO), Rotarian Titus A. Alagba, said the election was in conformity with INEC rules and regulations.

Also, the President-General of Ohanaeze Ndigbo, Chief Nnia Nwodo, who voted at his polling unit in Ukehe Ward I, said the election “was very peaceful, very orderly and typified the peaceful character of our state.”

The former governor of old Anambra State and PDP chieftain, Senator Jim Nwobodo also said the exercise “has been peaceful”.