You are here
Home > Dr. Ibrahim Abubakar Kana > ‘Why we prefer to stay back in Saudi Arabia 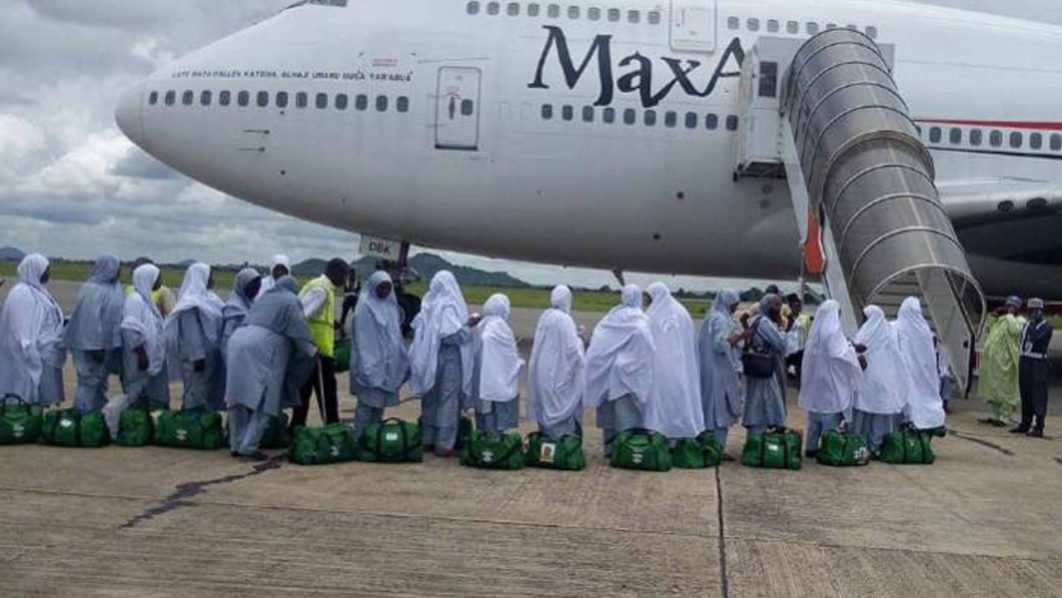 Despite Saudi Arabia’s stringent laws against immigrant residency, some Nigerians who initially travelled to the oil-rich kingdom on religious pilgrimage have vowed to rather bear all known discomfort than return home.

Although the special visa permit for Hajj and Umurah are usually granted to enable Muslims perform spiritual exercise, residency in the kingdom is highly restricted.

Saudi Arabia’s visa permit for residency and working expatriates are issued under strict conditions that appeared difficult to access, especially by immigrants whose professional relevance are not required.

Yet, most Nigerian gain access to the kingdom without legal documents, The Guardian gathered.

A few Nigerians who spoke to The Guardian in Mina during the hajj exercise, claimed that the means of livelihood, which is the Arabian Valley, is far better than returning home, where job opportunities cannot be guaranteed.

Besides, business activities took centre-stage during the exercise, as Nigerian immigrants and others of African extraction dominated the holy sites with their wares, selling at far cheaper prices than the Saudi market prices.

Mindful of the highpoint of spiritual engagement of pilgrims, especially during their short stay in the tent city of Mina- Arafat and Musdalifa- the traders never left any opportunity to maximise their market share.

Known for their strong survival instinct at home and abroad, the businessmen and women were spotted among other Africans going all out to attract potential patronage among pilgrims.

Pilgrims were equally treated to Nigeria’s local delicacies, such as yam flower (amala dudu), pounded yam, eba, Semovita and tuwo, in addition to other African dishes.

Habiba said she would rather stay back than return home, insisting: “Of course, doing business in Saudi is not easy, because you have to struggle to hide from the security people, especially if you are not a legal resident, but if you compare it to the situation in Nigeria, I will say life is easier in Saudi.

“We make more money during Hajj and Umurah than any other period because of the population and it is a population we are used to. That is why our market sells more very fast.”

Asked why she would not return to Nigeria where she can conduct her businesses without harassment, she responded: “We know how to make our ways with the security.

It is true we are facing security challenge, but when you consider the advantage, in terms of market value and economy, we prefer to stay here.”

She equally preferred to stay back in Saudi Arabia, despite the constant harassment by the Saudi security, adding: “We are always on the run from the security people, because if they arrest you, the wares will be seized and you will be deported immediately.

“But for us, it is a normal routine. We have our ways, even if they seize our market, we know how to get it back through their informants.”

Asked if they actually pay fines or any form of settlement, she said: “We do settle the security in form of bribe, but not everyone knows.

The security have informants, some of who are blacks.

Those people are the ones that normally expose us, but if you know how to manage the informants, you have no problem.”

This was corroborated by Alhaja Maryam, a food vendor at Mina, who, however, insisted that they preferred to remain illegal immigrants because of the high cost of the annual renewal of Saudi residency permit.

She noted that apart from the yearly renewal charges, the laws do not allow women opportunities to work in Saudi Arabia: “It is not possible for women like us, who want to do business in Saudi Arabia, to get original papers, even if we want to take it, because they don’t want
women to work in their country, that is why we prefer to continue with the usual practice with the security.”

Meanwhile, an unspecified number of Nigerian pilgrims who were on this year’s hajj with varying stages of pregnancy have had miscarriages.

The women, who must have escaped the compulsory pregnancy test meant for all female intending pilgrims from their respective states, were not lucky enough to survive the rigorous routine, coupled with harsh weather conditions in the kingdom.

Embarking on pilgrimage to Saudi Arabia with pregnancy is prohibited under the Saudi hajj rules.

The practice is equally restricted by the National Hajj Commission, hence the introduction of the mandatory pregnancy test to discourage those that may be attempting the journey with pregnancy.

Confirming the development yesterday to journalists in Makkah, Commissioner in charge of health at National Hajj Commission, Dr. Ibrahim Abubakar Kana, revealed that some pregnant pilgrims ended up with miscarriage after subjecting themselves to needless rigour during the Arafat exercise.

He regretted that despite the efforts of his medical team to rescue the situation, it became apparent that some critical conditions needed to be subjected to conditional abortion to save the lives of the mothers.

Kana equally lamented the large volume of pilgrims recorded on a daily basis, which he said mounted pressure on health personnel and facilities.

He hinted that a number of pregnant pilgrims in critical condition were referred to Saudi’s tertiary facilities.

Though silent on the number of persons affected and their states of origin, Kana expressed worry over how the pilgrims managed to scale through the pregnancy test from their state pilgrim’s boards.

“Let me say that NAHCON over the years has never had it bad like this year, in terms of the number of pregnant women attendance during hajj.

The upsurge recorded this year is the highest so far and we wondered how these pregnant women managed to scale the pregnancy check hurdles in Nigeria to be in the holy land.”