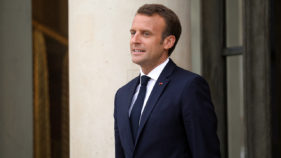 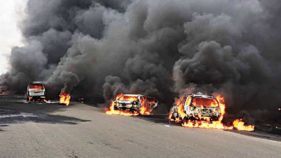 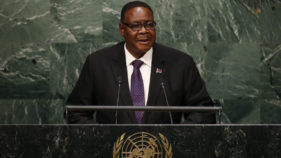 A nursing mother, Aisha Buhari, on Monday dragged her husband, Ibrahim Musa, to a Sharia Court at Magajin Gari, Kaduna, for refusing to acknowledge her baby as his biological daughter.

The complainant told the court that Musa denied the child immediately after she was delivered of the baby and told her to go back to her parent’s house from the hospital.

The defendant, who was represented by his Lawyer, Nasir Abdullahi, said that the child was not his because she had the baby five months after their wedding.

“My client is a businessman who travels to Lagos. Two weeks after their wedding, the complainant called him and told him she was experiencing pains and bleeding.

“He sent her money to go to a hospital and she later told him that the doctor said she had a miscarriage and was placed on medication.

Musa said he was surprised to meet his wife with a “bulging stomach” when he returned home, a situation which led him to take her for scanning.

He added that the results showed she was pregnant and would soon put to bed.

“I sat her down and asked her to tell me the truth but she didn’t; so I left for Lagos and after some time she called saying she was experiencing pains.

“I asked my brother’s wife to accompany her to the hospital where she delivered a healthy baby.”

The counsel stated that the defendant asked the complainant to go back home because he believed that the baby was not his.

“He did not attend the naming ceremony nor did he provide any financial support to the mother because her step- mum called my client apologising on her behalf, advising they forget the matter and forge ahead.”

After hearing both sides, the Judge, Dahiru Lawal, adjourned further hearing of the matter to July 16 and ordered that Musa appears in court on that date.