You are here
Home > American forces > WWII bomb defused in Germany after 18,500 evacuated 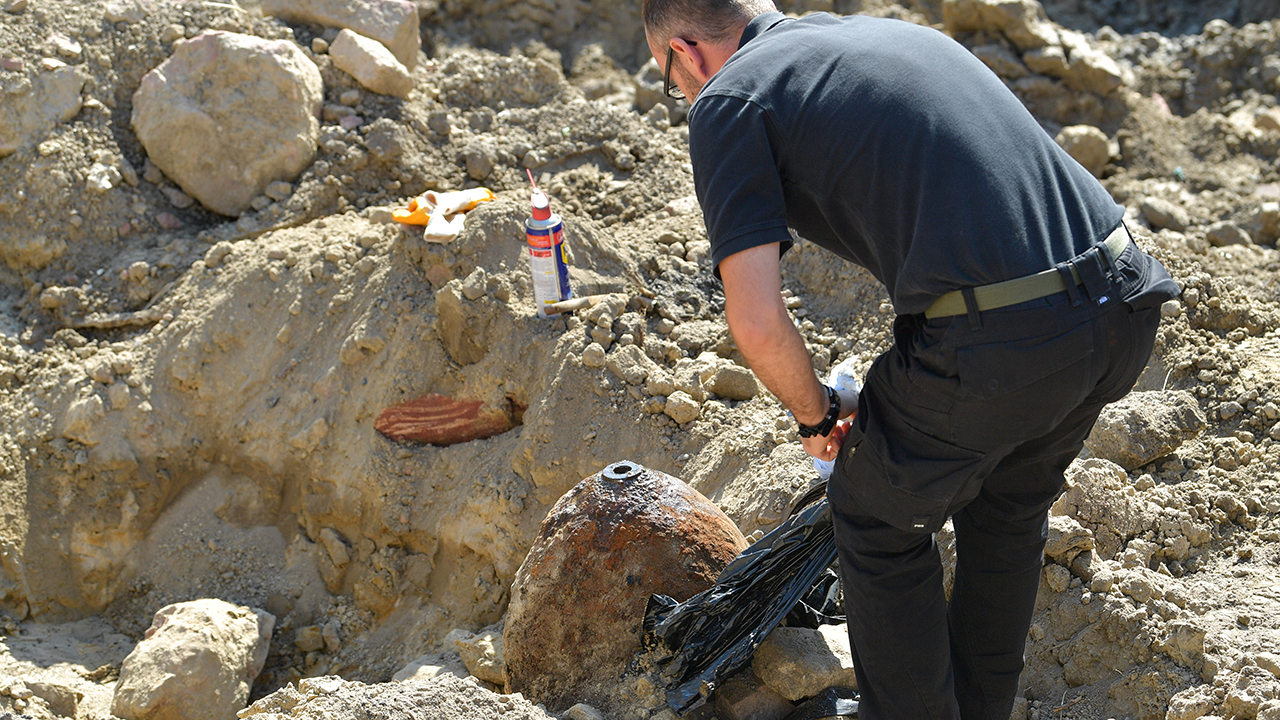 Marco Ofenstein from Rhineland-Palatinate’s bomb disposal team works on the disposal of a World War II aerial bomb in Ludwigshafen, western Germany, on August 26, 2018.<br />Around 18,500 people had to leave their houses in an evacuation measure due to the bomb disposal. / AFP PHOTO / dpa / Uwe Anspach / Germany OUT

A German bomb disposal team on Sunday successfully defused an unexploded World War II bomb that had forced the evacuation of 18,500 people in the city of Ludwigshafen.

The 500-kilogramme (1,100-pound) aerial bomb, thought to have been dropped by American forces, was discovered during construction work earlier in the week.

“Good news: the bomb has been defused! Citizens may return to their homes,” the city of Ludwigshafen said on its official Twitter feed.

It also posted a picture of the freshly unearthed, corroded bomb, strapped to a pallet before being removed from the area.

Authorities in the western city had ordered all those living within a 1,000-metre (0.6-mile) radius of the bomb site to leave their homes from 08:00 am (0600 GMT) as a precaution ahead of the defusing operation.

It took the bomb squad just over an hour to complete the delicate task, and the all-clear was given shortly after 2:00 pm.

More than 70 years after the end of World War II, Germany remains littered with unexploded ordnance, a legacy of the intense Allied bombing campaign against Nazi Germany.

In the biggest post-war evacuation to date, some 60,000 Frankfurt residents were evacuated last year so that an unexploded 1.8-tonne British bomb dubbed the “blockbuster” could be defused.

In April, thousands had to clear an area around Berlin’s central railway station after another British bomb was discovered on a building site.

Unexploded munitions have also complicated the work of firefighters this summer, with forest fires sparked by a spell of hot, dry weather setting off long-buried ordnance, causing small explosions on several occasions.