You are here
Home > HEADLINES > Yenagoa airport: A symbol of the Ijaw nation 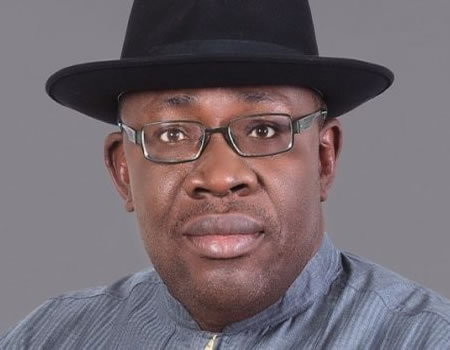 ON February 15, I watched on television the inauguration of the Yenagoa international airport. The airport occupies 2,250 hectares of land. It has 3.5 kilometres runway. One of the world’s largest air cargo companies will establish its West African hub at Yenagoa to serve Nigeria, West and Central Africa. The project for the airport started in 2012 shortly after Governor Seriake Dickson assumed office as governor of Bayelsa State. I am still worried why the airport was not completed during the tenure of former President Goodluck Jonathan. In spite of the money expended on the project, I consider the airport as a symbol of the Ijaw people who are a collection of peoples indigenous to the Niger Delta in Nigeria, inhabiting regions of the states of Ondo, Bayelsa, Delta, Edo, Akwa Ibom, southern part of Abia and Rivers. Ethnic identity and national identity may be in conflict. National identity can be thought of as a collective product. In spite of huge cost, certain historical symbolism must be established that promotes ethnic identity. Ethnic identity is paramount.

The Ijaws can now proudly claim that they too have an airport. With the inauguration of the Yenagoa airport, all the six states capital of the south-south now have an airport. They are Port Harcourt, Benin, Uyo, Asaba, Calabar and now Yenagoa.  I remember with nostalgia my first visit to Sagbama, in the present Bayelsa State which happens to be the hometown of Governor Dickson.

My visit there was in 1980. We took a boat ride from Port Harcourt to Sagbama. We were on the sea for hours. We passed through Ossiama, Adagbariri, Adoni, Agbere, Asamabiri, Angalabiri, Ebedebiri, Osekwenike and Agoro. I understand that Governor Dickson has constructed a road linking Sagbama with Yenagoa now. When Governor Dickson’s term ends on February 14 next year, he will be 54. He will be too young to be called an elder statesman and with all his proclamation on Ijaw nation and what he has done in Bayelsa State in the last seven years, I am sure he will not live permanently in Abuja and Lagos. He may find it convenient to live in Yenagoa while pursuing his legal career as a corporate lawyer. Governor Dickson should ensure that the Port Harcourt/Yenagoa road is fully completed before February.

It is my hope and desire that we should be hearing good news from the Niger Delta. That region has seen enough tragedy in spite of the fact that it feeds the nation through its natural resources. I remember that Chief Obafemi Awolowo had highlighted the division that existed in the then eastern region when the region was made up of what we regard as south east zone: Akwa Ibom, Rivers, Bayelsa and Cross River states. He insisted before the Civil War that the non-Igbos must be separated from the eastern region. Chief Awolowo described the non-Igbos in the then eastern region as COR. COR simply meant, at that time, Calabar, Ogoja and Rivers.

In a speech delivered by Chief Obafemi Awolowo on May 1, 1967, before the Civil War, “there are eleven national or linguistic groups in the COR area, with a total population of over five millions. These national groups are as distinct from one another as the Ibos are distinct from them or from the Yorubas or Hausas. Of the eleven, the Efik, Ibibio, Annang national groups are 3.2 million strong as against the Ijaws, who are only about 700,000 strong. Ostensibly, the remaining nine national groups number 1.4 million. But when you have subtracted the Ibo inhabitants from among them, what is left ranges from the Nigerians, who number 8,000 to the Ogonis, who are 230,000 strong. A decree creating a COR state without a plebiscite to ascertain the wishes of the peoples in the area, would only amount to subordinating the minority national groups in the state to the dominance of the Efik-Ibibio-Annang national group. It would be perfectly in order to create a Calabar state or a Rivers state by decree and without a plebiscite: each is a homogenous national unit, but before you lump distinct and diverse national units together in one state, the consent of each of them is indispensable, otherwise, the seed of social disequilibrium in the new state would have been sown.”

On May 27 1967, General Gowon created two states out of the then eastern region. The states were south eastern state and Rivers State. The people of the south south owe a debt of gratitude to General YGowon for creating those two states and appointing indigenes of the states as military governors. He appointed Brigadier Udoakaha Jacob Esuene (1933-1993) as military governor of south eastern state and Commander Alfred Papaprieye Diete-Spiff (76), an Ijaw man as military Governor of Rivers State.

Before the creation of states by General Yakubu Gowon, the problem of the Niger Delta started years ago. The causes of the collapse must be traced primarily to the dominant economic change of the era—the abolition of the slave trade and also to its resultant social and political effects. The abolition of the slave trade by the British at the beginning of the 19th century (1807) had adverse effect on the economy of the Delta states. And although the slave trade continued desultorily through smuggling until 1840s, the illegal traffic was fast declining and the coastal communities who had depended far too long on a slave-trading economy suffered a rude economic shock.

It is true these states made efforts to offset the threatening economic collapse arising from the abolition by changing over to the growing palm oil trade. But the British did not allow them to gain full advantage from this new trade. They used warships of the British Navy against the city-states in order to gain trading advantages for British merchants. In 1854, Consul Beecroft used the warships to force King Dappa Pepple of Bonny into exile in order to satisfy the demands of British supercargoes here who felt the king was obstructing British trade by not yielding to their terms of trade.

Another factor which brought economic ruin was British commercial penetration into the interior of the country especially along the Niger River. The rivalry between the Delta middlemen and British traders beginning with Macgregor Laird in 1856 reached its climax in their struggle with the Royal Niger Company from 1886. By establishing a stringent monopoly of the niger trade, the company stifled the Delta middlemen out of business. Brass and Opobo were the most hard-hit and collapsed economically.

Teniola, a former director at the Presidency, lives in Lagos.

The post Yenagoa airport: A symbol of the Ijaw nation appeared first on Tribune Online.