You are here
Home > HEADLINES > Your victories call to service, CIO tells Buhari, Sanwo-Olu, others 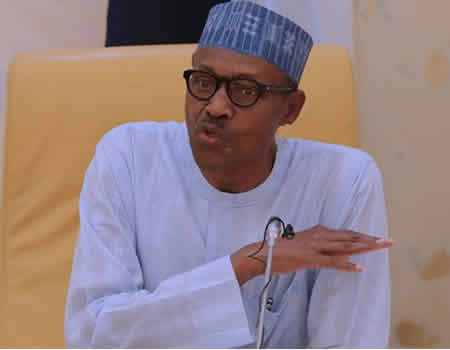 THE Conference of Islamic Organisations (CIO) has congratulated President Muhammadu Buhari and his deputy, Professor Yemi Osinbajo as well as the governor-elect and deputy governor-elect of Lagos State, Mr Babajide Sanwo-Olu and Dr Obafemi Hamzat, on their victory at the just concluded general elections.

The Ulamau Forum of the CIO, in Ikeja, at a briefing on the state of the nation, urged Buhari and Osinbajo to see their victory as an opportunity to consolidate their fight against corruption in the country.

The forum also called on Sanwo-Olu and Hamzat to see their victory as a call to service and a privilege that must be well utilised.

One of the CIO leaders, Sheikh AbdurRahman Adangba, who read the speech, said: “They should work tirelessly as a team to deliver and make sure people enjoy the effects of governance and dividends of democracy. Also, they must reciprocate the gesture with more life-touching projects.”

Sheikh Adangba, who is the Chief Imam of Adangba Central Mosque, urged those who lost at the elections to take the defeat in their strides and avoid heating up the polity.

The cleric said politicians should eschew violence and not use politics to divide Nigerians on the bases of religion and ethnicity.

“We want all politicians to know that it is only Allah that makes one a winner. Sometimes defeat can be a blessing in disguise. We congratulate the winners and appeal to the victorious losers.

“Indeed, this is another trial from Allah. They should remember that they will give an account both on earth and in the hereafter. Nigerians have put a lot of responsibilities on them (winners). They cannot afford to fail or make people regret voting their parties,” Sheikh Adangba said.

Sympathising with families affected in the recent collapsed buildings both in Lagos and Ibadan, the Islamic leaders called on government at all levels to be strict with building regulations.

According to them, essential infrastructure to enhance the decongestion of over-populated areas should be provided.

The forum condemned the terror attacks that killed no fewer than 50 Muslims in two mosques in New Zealand two weeks ago and called on the United Nations to protect the lives of Muslims around the world, particularly in New Zealand, Australia and other parts of Europe where there is Islamophobia.

“We support the New Zealand government to provide more security in places of worship for Muslims and non-Muslims. We also condemn the bad act and appeal that the perpetrator be unfailingly brought to book,” the forum said.

“The New Zealand government, Prime Minister Ardern sensitivity and firm stand against the incident is highly appreciated. This is an example of ultimate tolerance and cohabiting instance that should be shown by all world leaders. We equally salute the courage of President Muhammadu Buhari for being among the early world leaders to condemn the obnoxious act,” the forum said.