Maryam Umar, a mother of two, knows the joy and challenges that come with raising her children. But her life is much more complicated than just such emotions. She also has been embedded in the daily pandemic of wrestling against afflictions, frustrations and poverty. She has been the mainstay of her aged mother who is stricken with cancer. She has lived a lifetime of drinking agonizingly from the broth served by sorrow and wretch.

Married off at a very young age, she hungered desperately to submit her life to a privilege of education. The side of her life that desired education also ushered her into irretrievable struggle that ultimately cut short her marital life. She obtained a higher national diploma, but was thrown out of marital home. Currently on national service in Damaturu, Yobe state, she has been supporting her children since Boko Haram abducted and killed her ex-husband when the terror group first invaded Gwoza and declared it as their caliphate.

On the threshold of victory over the subduing wretch of her life, a mere breath of a distance from recognizable honour, the tragic happened. Travelling to Gwoza mid January to see her children, the vehicle in which Umar was traveling was ambushed by Boko Haram. Other passengers made a dash into the nearby grooves. Umar was not so lucky. She has been in captivity, making the number among the hundreds of anonymous Nigerians in captivity in Boko Haram hands. 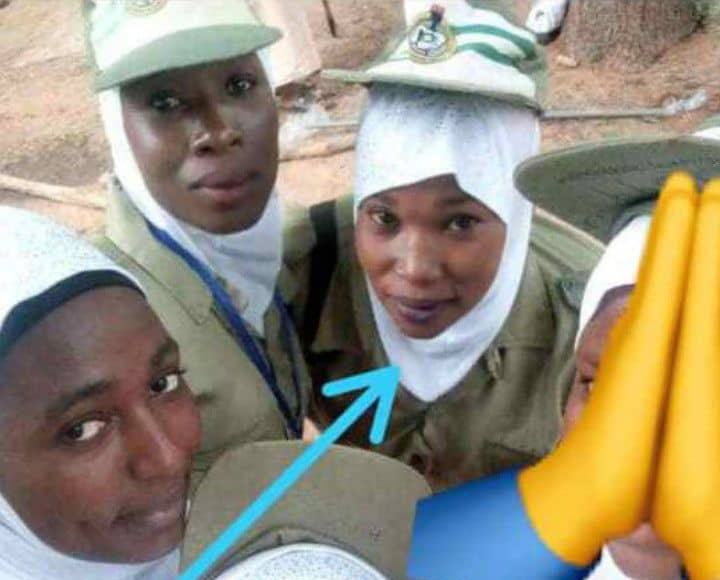 Maryam before her abduction by Boko Haram

According to Maryam’s brothers, they are yet to tell her ailing mother that one of her favorite daughters has been abducted by Boko Haram and worse of all, the family is not sure if she is dead or alive. Investigations by our reporter revealed that there are between 600 to 700 young women, without a name, face and hashtag, spread across the three main factions of Boko Haram operating in the Northeast. This number does not include older women and children in captivity. Both the captives and their loved ones despair of any likelihood that there will ever be any rescue or negotiated settlement for the captives to reunite with their loved ones.

“Maryam is poor, she is not the daughter of any influential person, she does not fit into the profile of those that people will create hashtags on her behalf,” a family member told TheCable.

For instance, across the north-east, hardly any week in the past five years goes by without communities being invaded, burnt down, with scores of captives taken away, never to be accounted for by officials. The Nigerian army has rescued thousands of captives over the years. However, many of the victims, especially young women, remain in captivity because Boko Haram insurgents place importance in securing them, as they have done with the likes of the Chibok Girls, Leah Sharibu etc.

Recently, dozens of men and women were abducted after the convoy of Kashim Shettima, governor of Borno state, was armed bushed, Tuesday, February 18, 2019 by the Islamic State affiliate of Boko Haram. Till date, no official confirmation of the actual number of those killed and abducted in that incident, let alone, a mention of their identities and background.

Another set of Nigerians were abducted on the eve of the postponed elections on February 15, 2019 on their way to discharge their civic duty in Gwoza LGA. These missing persons, alongside hundreds of other captives of Boko Haram rot in captivity, unheard, unaccounted for by officials while their families grieve endlessly.