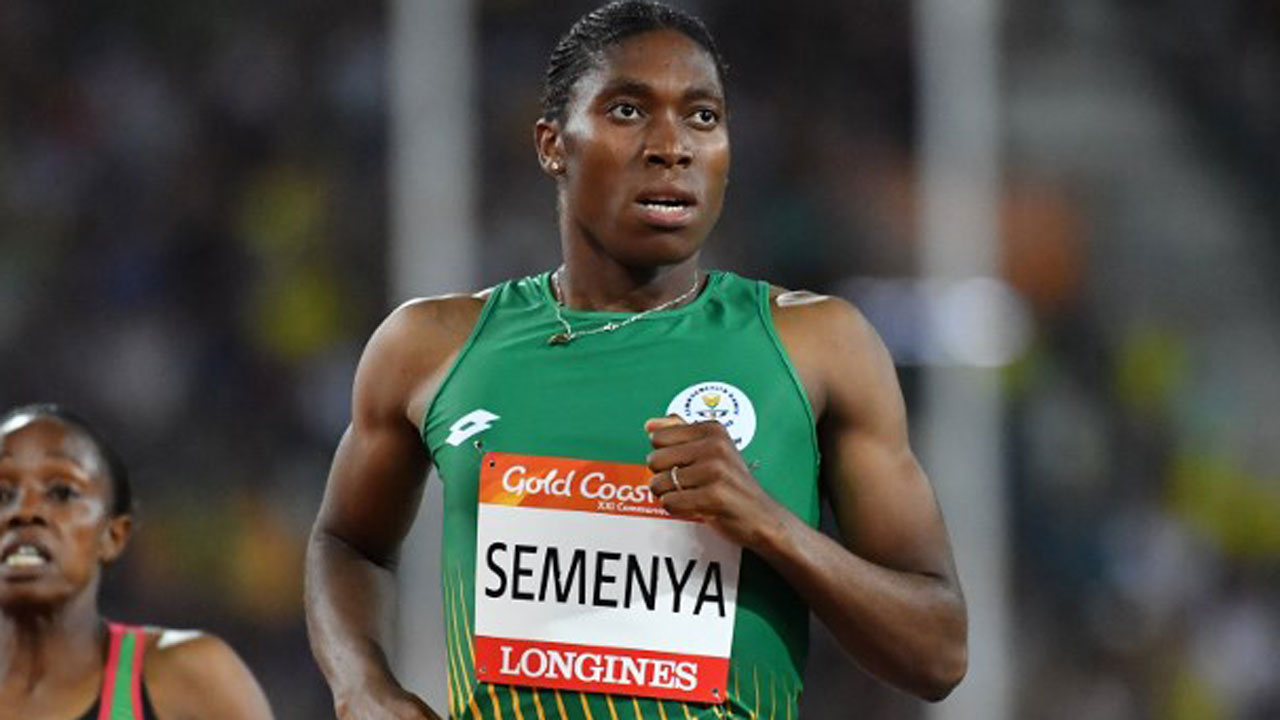 African 1500 metres champion, Caster Semenya is expected in Asaba to defend her title at the CAA Senior Athletics Championship holding in the Delta State capital…next week.

• Kenyan stars ready to rule CAA
One of the major sponsors of sports in Delta State, Zenith Bank has charged Team Nigeria’s athletes preparing for the forthcoming Senior African Athletics Championships to go all out and make the country proud at the event, which starts on Monday in Asaba.

Group Managing Director of the bank, Peter Amangbo yesterday said that it was important that Team Nigeria athletes put up a great performance at the continental event, which will also feature world champions from Kenya, Ethiopia and South Africa, among others.

He stressed that the bank would continue to support sports as part of its social responsibility to Nigerian youths and the country in general, adding, “We have always been very supportive to sports and so we decided to also do so with this athletics championship to enable Delta State to be a good host and also to give the country’s athletes an enabling environment to excel.

“This is an opportunity for the athletes to show their potential against the rest of Africa. We urge them to work hard and go all out for gold medal so that they make the country proud.”

At a fund raising for the event, Zenith Bank Plc led the donors with the sum of N300 million, while Bube Dan gave N20 million, Levant Construction N20 million, Gomene N11 million, Delta State House of Assembly N7 million, Federal Ministry of Youth and Sports Development -N5m, among others. Some corporate organisations and individuals made their donations anonymously.

South Africa’s Caster Semanya along with compatriot, Akani Smbine, will also be in Asaba, while Cote d’ Ivoire’s duo of Marie Josee Ta Lou and Murielle Ahoure are battle ready for the competition. World and Olympic Champion in javelin, Julius Yego, is also expected to be at the African Championship, which Kenya is planning to dominate.

Kenya over the years have been famous for their prowess in long-distance races, but the East Africans are stepping into new
territories, especially the sprints where they hope to hit it big in Asaba.

Though Nigeria’s Blessing Okagbare-Ighoteguonor is rightly seen as one of the favourites in the sprints, the Kenyans are working towards ruffling feathers at the African Championships, which gets underway on August 1 to 5.

Aside from finishing on the podium, the Kenyan sprinters have also highlighted their desire to improve on their personal best times in Asaba.

While Kadogo, who is also the Kenya national 200m champion, and Cherono will double in 100m and 200m, Mwangi will only compete in 100m.

The trio will represent Kenya in 4 x100m where they will be joined by Millicent Ndoro.

Outside Nigeria, Cote d’Ivoire and South Africa are also other formidable sprint forces the Kenyans are hoping to excel in Asaba.

Kenya finished behind South Africa in the 2016 edition in Durban but with the strong squad they are coming with to Asaba, they are confident they can go one step further this time.