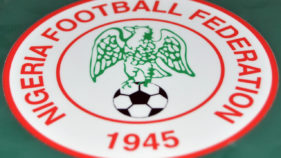 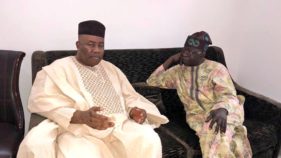 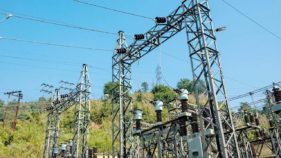 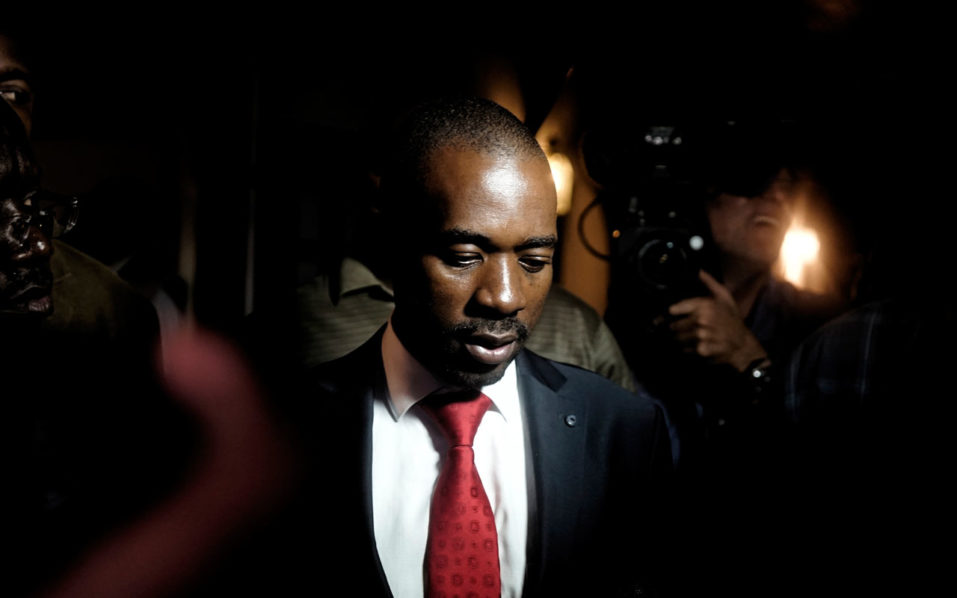 Zimbabwean opposition party Movement for Democratic Change (MDC) Alliance president Nelson Chamisa speaks to the press after a press conference in Harare, on August 2, 2018. Soldiers and police clear the streets of Harare a day after a deadly crackdown on protestors. The Zimbabwe Election Commission is preparing to release results of the contested presidential election from 2000 GMT on August 2, 2018, a spokesman told AFP. “The presidential election results will start to be announced around 10 pm,” ZEC commissioner Qhubani Moyo said. “We are hopeful that all of them will be announced today.”/ AFP PHOTO / Zinyange AUNTONY

President Emmerson Mnangagwa, declared winner of the historic first elections since the downfall of Robert Mugabe, has vowed to protect rights since his re-election but the opposition say their members have been targeted.

Police with assault rifles were on duty in the court precinct, with a truck of other officers stationed outside.

Prosectors opposed bail, saying the accused — 19 men and eight women — were “linked” to the deaths of six people when the army opened fire on opposition supporters protesting against alleged election fraud.

“There’s more than a likelihood that they will reoffend, they will intimidate witnesses, they will interfere with evidence and they will not attend trial,” said prosecutor Michael Reza.

“These are people with unfinished work business outside. The deaths of six people… are directly linked to the accused.”

Defence lawyers said that among the accused was a man who had been coming out of court after another case.

Five other suspects were polling agents who had been visiting MDC headquarters to hand in polling returns and collect travel expenses, they sadded.

Mnangagwa has accused the MDC — the Movement for Democratic Change (MDC) — of fomenting the unrest, but also said he would set up an independent commission to investigate the killings.