NPFL side, FC Ifeanyiubah will not bring in new players during the mid-season transfer window even as the league enters its business end. 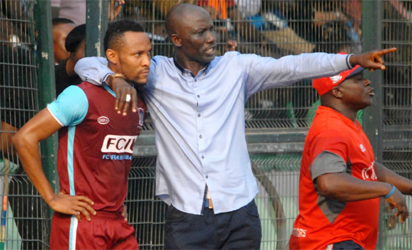 Club coach, Ladan Bosso made this known during an interview after his side saw off Go Round FC 2-0 in a Matchday 20 clash in Nnewi.

Bosso believes the players he has now are up to the task of winning the league even though they currently sit 12th on the table.

“We are not going anywhere to look for new players to sign,” Bosso told npfl.ng when asked what his plans were for the transfer window.

“Instead, we are dipping our hands in the large pool of young players at our disposal to push through. And we have already moved three of such players up to the main team. Two of them were on the bench today (on Sunday) against Go Round. And if we had scored our insurance (third) goal I would have introduced our ‘little Messi,’ Bussa Nansel.

“We also have Cooper Ikenna on the bench. These are all young players we pushed up from our youth team and by next week we would have another one. So, why begin to look elsewhere when such players with extreme potential and quality are around you? All that is needed is to encourage them and I bet you they will add value to our aspiration as a team.”

Bosso’s side will on Wednesday confront Enyimba in a grudge Oriental Derby.