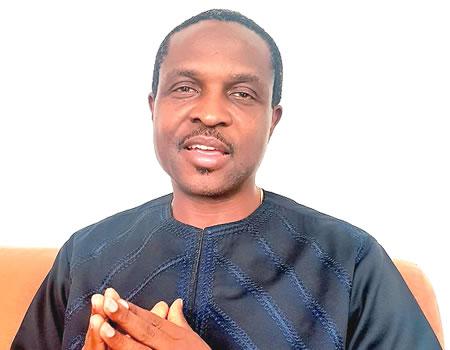 Ahead of next week fixed for final collation of results of the governorship election in Rivers state, the governorship candidate of the All Progressives Congress in the State, Tonye Cole has called for a fresh exercise.

Nigerian Tribune findings revealed that the APC was excluded from the electoral process following the pronouncements of the Supreme Court. Results.

The Minister of Transportation, Rotimi Amaechi who incidentally is from Rivers state has since directed the party faithful to vote for candidates of the African Action Congress, (AAC). The Independent National Electoral Commission had already collated results in 17 out of the 23 local councils in the State before it suspended the process.

But Cole in a statement he personally signed and made available to newsmen in Abuja, said the election conducted in the State was heavily compromised and submitted that whatever results that was eventually declared by the Independent National Electoral Commission would not be acceptable to the rival political parties depending on who won.

He said:”If there is one thing that I am certain of, it is that the entire election of March 9th is totally and completely compromised from head to toe. There are no results that would be announced today that would reflect the will of the people in any form or manner.

“There are just as many people who do not trust and will not accept an election that delivers PDP today because of the belief that the umpire has granted unfettered access to the result sheets and a yeoman’s job has been done on the collated results that is guaranteed to withstand any scrutiny through the Election Tribunals or any court of law thereafter just as there are as many people who will not accept a result that delivers the AAC because of the belief that the election day results were structured to favour them by the direct involvement of the military as insinuated by the PDP.

“In neither of the scenarios above is the voice of the people heard nor are the pains and toils taken to come out and vote considered. Indeed, if there is any evil to contend with, it is this rape of democracy that completely ignores what the general voter thinks, says or does simply because politicians genuinely fear that outcome. Politicians will rather emerge with contrived results that stills their fear of losing elections, of becoming unpopular, becoming irrelevant in the scheme of things and most of all the fear of what tomorrow brings.

“What must we do?

“In this atmosphere, it would be grossly irresponsible to proceed with concluding an electoral process that hardly anyone believes in. It is certainly the constitutional responsibility of INEC to conduct elections, collate and announce results in a credible and acceptable manner, open to the participation and scrutiny of the public at all times and within the eyeballs and participation of political parties and their agents throughout voting, collation and declaration. This process has been completely truncated and its sanctity defiled, the result of which I fear greatly can lead to anarchy and possible loss of additional lives.

“We, therefore, have a choice and a chance for redemption as a state and a people. INEC, the Federal Government of Nigeria, the International Community, Political Parties and all those who care deeply for the people of Rivers State can make history by positioning the State for a completely new round of proper elections that will let the people make a true choice for who will lead them.

” INEC must, therefore, declare the entire elections of March 9th null and void and set out a new date for fresh elections.

“This time around, there are no distractions left and every eye is upon Rivers State now. The violent elements can be caged and neutralized so they are ineffective on the day of the election. We have seen this happen. The people can come out to vote without the fear of intimidation and harassment. We know this is possible. The electoral officials can carry out their duties without compromise or fear of terror. We know this is achievable. The security agencies can provide the environment that enables them operate professionally and efficiently without fear of being shot at or killed in the line of duty. We know this is desirable. The party agents and politicians can carry out their duties without the fear of being killed or maimed for their affiliations. We know this is progress.

“This is a clarion call to the good men out there to conduct fresh elections in Rivers State where the entire focus of the world at large is upon our activities and us. Let us give this land and its people something to cherish and be proud of, a solid foundation to build upon; a democratically elected government that is chosen by her people, freely and fairly, whether or not the chosen candidate is one who just entered politics yesterday or a veteran. Let us allow the people to choose and let their voice be heard loudly and respected completely.”

“It seems to me that the truth is no longer relevant in the blame game that has now characterized the election of March 9th and the subsequent suspension that followed.

Whose truth is one willing to believe in any case? Is it the truth of AAC that Awara won or that of PDP that Wike won? Is it the truth of the Military that their intervention was to save lives or that of the Rivers State Government that it was to take lives? Is it the truth of the APC that their political machinery backing a little known politician delivered a shocking defeat to an incumbent or that of the PDP that an unknown politician, backed by an ‘unballoted’ party was run over by a sitting governor? Is it the truth that as at the time of suspension only 7 LGA results had been declared and others were still being collated or that 17 LGA results had been collated and awaiting declaration? Is it the truth that collation was suspended for wide-scale violence when there was relative peace or that collation was suspended in spite of the peace to enable one party to rewrite the results?

In the scheme of things, the truth has been buried very deep under a mountain of half-truths and lies, which leaves very little room for anyone to claim the legitimate right to the crown.”